Med Salah Ayari to African Manager: burden will weigh more heavily on employees in 2016, and tax justice, a vision! 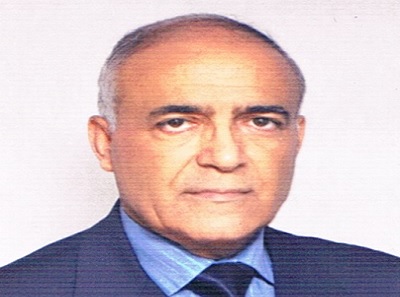 Mohamed Salah Ayari, tax consultant and tax university professor gave African Manager an exclusive interview in which he spoke of several issues pertaining, in particular, to the shortcomings of the 2016 finance bill, the situation of employees in light of that draft law and the main features of the payroll, which has continued to inflate from one year to another.

What are the weaknesses or shortcomings of the 2016 draft finance law?

As a whole, the 2016 draft budget law includes important measures to fight against tax fraud such as those relating to:

– Fee statements which must state the compulsory indications specified in the bills in general.

– Introduction of electronic invoicing in cooperation with TTN (Tunisian Trade Net) to justify deductible expenses and deduction of the VAT paid upstream.

– Obligation for companies engaged in service delivery activities related to consumption on site (coffee shops, restaurants …) to use cash registers that must be directly related to tax audit services with the insertion of a recording medium of operations carried out, in order to know the realized turnover. However the question remains as to know of these measures will be adopted by the HPR.

But the 2016 draft finance law includes some shortcomings that can be summarized as follows:

The law did not mention the transitional stage between the flat tax system for small farmers and small businesses that may be deprived of this scheme after a period of three years and the actual regime which involves keeping accounts.

Indeed, the intermediate solution is to create an optional flat-rate scheme to enable people who leave the flat-rate scheme to pay a definite sum (2,000 dinars or 2,500 dinars a year for example), in order to ensure stable revenue to the treasure of the state on one side, to spare such persons keeping accounts which require additional expenditure and reduce the burden of tax administration at the level of tax audit operations and which has no significant staff to control a large number of payers on the other.

The extension on the exemption of the first 5,000-dinar wage bracket from the scale of income tax to January 1, 2017, while this measure was announced in the supplementary budget law for 2015, to be applied from January 1, 2016, knowing that the impact of this

exemption is very heavy for the state budget and was estimated at 700 million dinars by the Ministry of Finance.

So why has the Ministry of Finance undertaken to grant the exemption to all individuals including those who realize significant revenue in the hope of developing intermediate brackets directly affecting the middle class?

The removal of the measure that was planned at the initial draft and that relates to increasing the ceilings from 25,000 dinars beyond which the appointment of a lawyer is required to 100 thousand dinars while leaving the flexibility to taxpayers to defend their tax file themselves before fiscal chambers or to be represented by a person of his choice under the legislation in force. But beyond 100,000 dinars, the company is free to choose a lawyer or tax advisor in order not to increase the burden by additional expenses.

What’s wrong with giving credit where it is due, as long as the tax consultant was empowered to defend the interests of the taxpayer before the tax administration or before competent courts since 1960, as stated by Law 60-34 of December 14, 1960.

What would be the situation of employees in the light of this law? Will they really bear the greatest burden as some believe?

It is a certainty that employees will bear the greatest burden of taxation. Figures speak for themselves. According to the 2016 draft finance law, withholding supported by employees is estimated at 4.2 billion dinars, representing 47.84% of all direct taxes, 77.92% income tax and 123.96% of the corporate tax.

It seems clear that tax justice and equitable distribution of the tax burden between different occupational categories remain theoretical concepts in order to appease the feelings of frustration among employees who have no chance to escape the tax payment through the withholding technique.

Of course, the goal is not to encourage employees to commit fraud but to establish a fair tax system so that all taxpayers contribute to the tax effort.

Reportedly, the payroll will increase; can you explain the matter further?

From one year to another, the payroll has continued to increase. This increase stands during the years 2014, 2015, 2016 as follows:

The conclusion is that foreign loans are used to cover salaries and subsidy spending, to the detriment of investment expenses that must normally create wealth through the creation of new job-generating projects.

Are the fiscal measures in this bill appropriate?

The ideal would have been to include all tax measures that were identified, discussed and adopted at the level of the tax foundation, and this after two years of work and reflection by six teams to design the outline of the tax reform. These meetings brought together tax advisors, accountants, lawyers, accountants, academics and representatives of the UTICA and the UGTT.

But unfortunately the choice that was made is to include measures related to the reform of the tax system at the level of successive finance laws spread over a period up to 2018.

This option will not allow implementing a reform that will achieve the desired objective to create a positive impact on the psychology of the taxpayer who must feel the importance of a true tax reform because the technique of “drip” will empty tax reform of substance.

As for the argument that has always been presented and which relates to the impact on the budgetary resources, the solution is to make an overall assessment of the measures that can have a negative impact and those that can generate additional tax revenues to ensure a certain balance.

The ultimate goal of tax reform is not dependent on the achievement of short-term tax revenue but to make the tax system simpler, more attractive and more convenient to push the taxpayer to share voluntarily in its success in the objective of establishing a fair and equitable tax system.