HomeFeatured NewsMezri Haddad to Africanmanager: The fight would be very cruel and Ennahda...
Featured News

Mezri Haddad to Africanmanager: The fight would be very cruel and Ennahda will not let it go before putting Tunisia to fire and sword 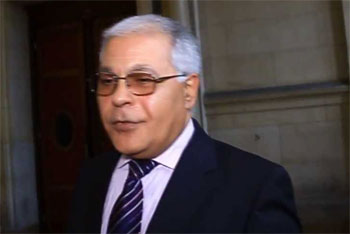 “I blame what is happening in Tunisia to Ennahda party and its leader Rached Ghannouchi to a point that you can not imagine! This party, which is an offshoot of the Muslim Brotherhood and the international Islamist terrorism, methodically and strategically contributed to the metastasis of the terrorist cancer,” says Mezri Haddad, former Tunisian ambassador to UNESCO in an interview to Africanmanager.

The Ennahda party has encouraged the spread of the terrorist current in Tunisia “by voluntarily being soft on militias tasked with protecting what they call “revolution,” while they are a bunch of gangsters and outlaws recycled in the purifying Islamism, “he said.

He also accused Ennahda of having encouraged the proliferation of terrorist groups by its essentially fascist and totalitarian ideology, as well as “the benevolent speech of its leader Rached Ghannouchi vis-à-vis those scum who reminds him of his youth, by money from Qatar which plagued those who have been overlooked, according to him, “by infiltrating the police, justice and the army as well as by the calls for Jihad in Syria … Ennahda is a criminal association and the nahdhaouis (members of Ennahda) with their “moderate” leader are not the only responsible, “he said.

Marzouki is “cleaner” of terrorists!

Mezri Haddad also blames the President of the Republic Moncef Marzouki: “He is the cleaner of terrorists and the VIP of “moderate Islam.” He assumes an overwhelming responsibility. These people have no sense of patriotism. They will not leave power before putting Tunisia to fire and sword,” he said.

On the same subject, Mezri Haddad told us that the fight against terrorism is a titanic struggle, noting that no country has been able to eradicate this cancer. “A fortiori Tunisia, which is not used to this problem and do not have the resources to cope with it,” he said, adding that out of about 25,000 criminals pardoned or amnestied by the Interim President there are at least 4,000 potential terrorists. Add to that “the 3,000 who returned, in January 2011, and the hundreds enlisted under the banner of Al Qaeda in Libya under the command of Abdelhakim Belhadj, as well as the hundreds of jihads sent to Syria and who will return to the sender, you have an idea about the future of Tunisia. The fight will be long and cruel. ”

“Terrorism will go to urban areas”

Regarding the future of Tunisia in light of the bloody events facing the country, he told us: “I do not imagine it, I guessed it since the last two years. When I issued my 7-point call on July 13, 2012, they took me for a coup-supporter and the interim president prosecuted me before doing the same with Tahar Ben Hassine. I do not want to be like many others: calm Tunisians with promises that the dissolution of the Constituent Assembly and the government will eliminate terrorism as if by magic, “he said, noting that the immediate future is not pink and Islamist terrorism will strike again the army, the police, intellectuals, journalists and especially civilians, “From peripheral areas where it will be harassed, terrorism will move to urban areas where it will be much harder to eradicate.”

Ennahda is the origin of evil!

To our question whether Tunisia will be able to quickly get out of this crisis, Mezni Haddad said that at the level of the political crisis, players will eventually find the solution, noting that Ennahda, which is the origin of evil, will be able to establish a new unstable equilibrium with this interchangeable opposition. If you think about insecurity, we have not yet reached the climax. The situation will get worse. If you talk about the economic crisis, the damage is done, and it will take 10 or 15 years to achieve a growth rate comparable to that of the 2000s.

On his “Facebook” page Mezni Haddad said in the name of “the People want,” Tunisia is an economically, socially and culturally ruined country.

“Demagogues, opportunists, traitors and mercenaries took two years to destroy what the patriots and builders have built in half a century of independence. We were a nation distinguished by its civilization and its achievements, which attracted Arabs in search of modernity, Africans looking for a model of development, and investors reassured by the excellence of our staff, the qualification of our workforce and our stability. We have become only an anthropological sample, a laboratory, as they say, that attracts experts in civilization, intelligence services and terrorists,” he indicated.