Mohsen Hassen sheds light on innovative approaches of his department 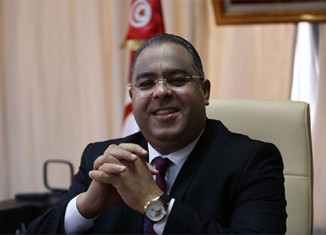 The Ministry of Commerce has developed a strategic roadmap based on new innovative approaches to the revitalization of the Tunisian economy. It revolves around a comprehensive program for the development of border regions, strengthening cooperation with European and Arab countries, investment in supermarkets, the organization of the first African economic forum, the upgrade of chambers of Commerce and several other promising projects…

In an exclusive interview with African Manager on Thursday, May 12, 2016, Trade Minister Mohsen Hassen, said “we are building effective cooperation between Tunisia and Algeria in the development of border regions and the fight against terrorism. To combat this phenomenon, security coordination is not enough, we also need economic cooperation. “

“We have developed a comprehensive program for the development of border regions, especially the Tunisian-Algerian border free zones that will be created and help build cooperation between the two countries, particularly in the private sector,” he added.

Mohsen Hassen also said that “multiple areas of cooperation will be strengthened, especially with Algeria in sectors such as automotive components, food industry … These projects will be oriented to the Tunisian-Algerian internal markets and to export.

Regarding the agricultural sector, a dedicated commission was created to manage the overproduction of goods between the two countries, including that of Tunisian milk, particularly milk powder of which Algeria is a major importer.

The Algerian Ministers of Trade, Agriculture and Industry assured us that they will further favor demand for Tunisian milk powder and promised to involve Tunisia in tenders launched by the Algerian government for this purpose, “he indicated.

On another side, the minister said “investment in supermarkets is one of the mechanisms designed to organize distribution channels in Tunisia for the purpose of price stability, the organization of the supply and reduction of parallel trade. We have received 13 applications for authorization for the construction of shopping centers on the whole country. We have accepted seven applications, allowing investors concerned to soon begin work on their project, and we will soon study other applications,” he said.

“Following government approval, Tunisia will host the largest African economic forum to be held in November 2016. Clients of the continent, ministers and businessmen will be present.

This forum will be marked by the organization of B to B meetings between Tunisian and African businessmen. It is an important event to revitalize and further strengthen the Tunisian economy, “said Mohsen Hassen.

He also added that “an international symposium will be organized for the upgrade of chambers of commerce. Nobody wanted to address this issue and I do not know why. Today, chambers of commerce are a key factor for the development of Tunisian regions and economic growth. They also represent a great partner to the government in terms of development.

These chambers are absent, they suffer from financial problems and they could not organize their elections.