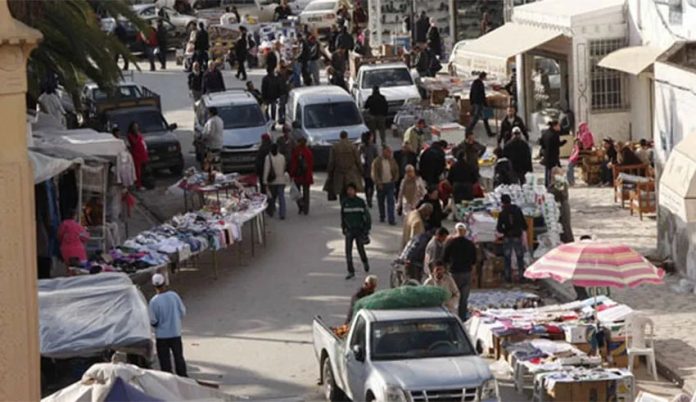 Tunisia was among the few countries in the world to have, since the early 1970s, a statistical system that can produce national estimates of employment in the informal economy, through a multitude of statistical sources.

However, the economic and social crisis that has persisted in Tunisia for a decade, worsened by the COVID-19 pandemic, has put informality and its multiple facets under the spotlight.

The efforts of successive governments since 2011 to overcome the current economic difficulties and the crisis of public finances have come up against, among other difficulties, the counter-cyclical advance of the informal economy, says a study by UNDP and ILO.

By circumventing social and tax regulations, informal workers and informal production units deprive the state of substantial tax and social contribution resources, which could have reduced the pressure on the state budget and social security funds.

Moreover, this loss of revenue would be likely to tighten the noose around formal workers and businesses in the formal sector, which would face excessive average social and fiscal levies.

The weight of the informal sector in GDP

The fiscal potential of the informal sector in Tunisia: myth or reality?

The efforts currently made by the Tunisian government to ensure the conditions for a vigorous recovery of the national economy could be undermined by the prevalence of informal activities whose weight in GDP has been estimated at around 35.2% in 2020.

This shadow economy would deprive the state of additional budgetary resources, which would have been crucial to improving public finances and freeing up the state’s role as an investor, particularly in the country’s most disadvantaged regions.

Hence the legitimacy of the debate on the fiscal potential of the informal sector and the measures to be deployed to achieve a taxation of activities that remain undetected by the radar screens of state structures. The fervent defenders of this strategy regularly evoke the argument of equal treatment of citizens according to their productive capacity. The idea is to transfer part of the tax burden from the formal sector to the informal sector, which ultimately reduces the burden on formal enterprises.

Formalizing the informal sector For the majority of informal production units, the decision to formalize the business carries a cost that could be considered excessive and prohibitive. Hence the importance of a gradual, participatory and progressive approach in the process of supporting informal enterprises, which would only take the plunge when the benefits of formalization exceed those of informality. This gives considerable importance to the issue of incentives and awarene

Tarek Cherif: “No projected growth rate has been achieved since 2011!”