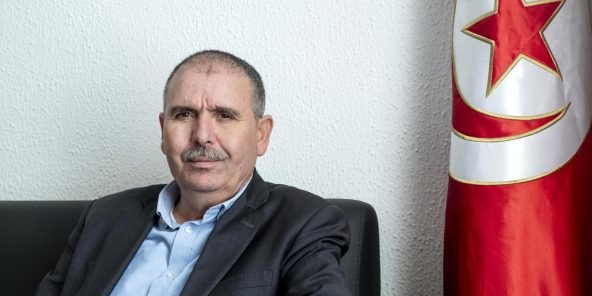 At the pace at which it is developing and the way it has begun to take shape, the proposal of the Tunisian General Labor Union (UGTT) to organize a National Dialogue seems to have borne its first fruits even if it is still early to assert its relevance and admissibility in a basically volatile political situation.

The Presidency stressed that the dialogue proposed by the labor organization aims to undertake economic, social and political reforms at a time when the country is experiencing a wave of protests over poor public services, widespread unemployment and corruption.

It is true that the economic and social situation has deteriorated with a country on the verge of bankruptcy and recurrent waves of protests targeting sectors that are mostly strategic.

Secretary General of the UGTT, Noureddine Taboubi, whose organization was part of the consensus between secularists and Islamists in 2013, said this initiative “is a glimmer of hope to correct the process of revolution.

He was part of the National Dialogue Quartet that was awarded the Nobel Peace Prize in 2015 for its contribution to building democracy in the cradle of the Arab Spring.

Ghannouchi joins in this momentum

Strong support has just been given to the UGTT proposal. It is that of Speaker of the Assembly of People’s Representatives Rached Ghannouchi, who expressed, on Thursday, his support for the initiative of the Tunisian General Labor Union calling for a national dialogue to find solutions to the current situation in the country, according to a statement issued by the parliament.

The Parliament Speaker stressed at a meeting with Secretary General of the UGTT, Noureddine Taboubi, his support for all dialogue initiatives, emphasizing the need to work to ensure that this dialogue leads to concrete results.

Ghannouchi also welcomed the participation of young people in this dialogue, underscoring the need for this participation to be within the framework of structures and organizations active on the national scene such as those of the student youth so as to ensure the achievement of the desired objectives of this dialogue.

The secretary general of the UGTT informed the Speaker of Parliament of the content of his recent meeting with the president of the Republic and the strategy adopted by the workers’ organization to implement its initiative calling for a national dialogue to find solutions to the current situation in the country.

Clearly, and to finally hold good, the proposal for National Dialogue launched by the UGTT, will also have to garner support from Prime Minister Hichem Mechichi.

He did not speak out in the clearest and most direct way about this initiative. But we know that he is in favor of a national economic and social dialogue and also a local and regional dialogue to “identify regional development projects and implement them in partnership with civil society.

He had defended this project in Parliament, explaining that “this dialogue will focus on strengthening and expanding the social security system and the major economic choices and reforms that enhance Tunisian skills.

“The success of any development project depends on a real dialogue that puts an end to centralized planning and exaggerated demands that do not take into account the interests of Tunisia,” he said.

Mechichi also spoke about new governance through the establishment of ministerial working groups that will travel to the regions according to a timetable and a sustainable and practical approach capable of being implemented.

‘Nigerian economy on path of development’