New Zealand experts in Accra to share perspectives on peacekeeping 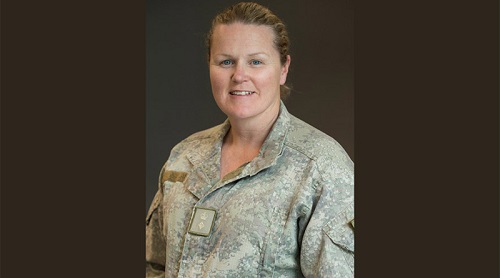 Under an initiative by New Zealand’s Ministry of Foreign Affairs and Trade and the New Zealand Defence Force, Lieutenant Colonel Helen Cooper and strategic analyst Erica Gold are in Accra this week to share their expertise on peacekeeping.

Lieutenant Cooper and Ms Gold started their one week programme today by delivering a public lecture on the ‘Role of Women in Peacekeeping Operations’ at the Legon Centre for International Affairs and Diplomacy. On Wednesday they will run a one day workshop for female officers from the Ghana Armed Forces and Police. Finally on Thursday and Friday, the core part of their programme, they will teach a module of the Masters Programme in Gender, Peace and Security at the Kofi Annan International Peacekeeping Training Centre.

“New Zealand is determined to be a credible and effective member of the UN Security Council and initiatives such as these give us the opportunity to add some value to peacekeeping in Africa. But the linkages created through this collaboration will also enable New Zealand to better understand the perspectives of African troop contributing countries and other stakeholders which is crucial to our effective participation in Security Council discussions on current and future peacekeeping operations”.

Air Commodore Tony Davies, Assistant Chief Strategic Commitments and Engagements, added that this was “a meaningful and tangible peace and security initiative that reinforces New Zealand’s longstanding contribution to United Nations peacekeeping efforts. It also marks the first time New Zealand will be contributing to the peacekeeping programme of the Centre, which seeks to address the peacekeeping training requirements not only of Ghana but also of the West African sub-region and the continent”.

Lt Col Cooper, currently the Commanding Officer of the NZDF Youth Development Unit, deployed previously to Cambodia and East Timor. In 2011, she deployed to the UN peacekeeping mission in Lebanon as the Chief Military Observer, the first female to hold a command appointment at that level within the mission. Her work during the deployment earned her commendations from the United Nations and the Lebanese government. She is often invited to speak about the challenges and opportunities faced by women in leadership positions and her experiences as a peacekeeper.

Erica Gold, who works at Headquarters NZDF as a strategic analyst focusing on North Africa and the Middle East, has been leading the organisation’s research on the contribution of female military personnel to operational success. A former Regular Force soldier deployed in 2012 to Afghanistan as part of the Provincial Reconstruction Team, Ms Gold has provided training in this area to a range of audiences within the NZDF and Australia. Her research has also informed decisions relating to current deployments.