HomeInterviewNotion of independence is not well understood in Tunisia, according to Markus...
Interview

Notion of independence is not well understood in Tunisia, according to Markus Jeager 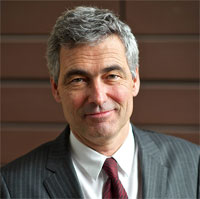 Markus Jeager, Head of Division at the Council of Europe believes that the protection of human rights is a long process. For this purpose, he deemed useful to engage, in mutual respect, in cooperation programs to find the best way for Tunisia to be inspired by and benefit from other experiences by knowing possible technical solutions to each question.

What is your view on the issue of human rights in Tunisia?

I think we should not forget that in Europe, we have spent over 60 years to end up with a system of human rights protection, considered one of the best in the world. 60 years is much more than the two and a half years lived by Tunisia, the cradle of the Arab Spring.

What are the actions to be undertaken, knowing that Tunisia has been subject to a wave of criticism in this regard?

The key is to get organized. First step: organizing bodies of human rights protection in this country so that they are truly independent, on the one hand, and be provided with adequate human and financial resources to fulfill their missions, on the other hand.

In a country that has just embarked on this path, the notion of independence is not always well understood. I think independence is a radical independence. This means that no one could dictate to you by any means what you say. This kind of instance proves a necessity.

The second part concerns the civil society which should speak freely with great tolerance towards all views under a true culture of tolerance.

What are, according to you, the challenges faced in this matter?

A step back to the discussions. The notion of respect for others’ opinions is the key word. If you feel that your voice is the only voice and that there is no need to listen and seek compromise, you will turn your back on a lot of different sensitivities in this country. However, everyone has to speak freely without fear, and then we will be able to discuss.

If this culture of tolerance is established, you will go very far with the time it takes.

Let us talk about torture; do you have any accurate figures about this?

That said, you should know that abuses, particularly abominable treatments, never disappear completely in a country.

We must be vigilant and, however, minimize the number of cases in this country. This must be an exception. Introducing the spirit of impunity where people can do things and never be held accountable for them is a disaster. This is the first thing to change.

We must begin by making people accountable by giving them clear guidance from their command and that this kind of treatment is absolutely unacceptable under any circumstances. So it must be very clear to everyone.

But for many observers, the protection of human rights is a matter of mentality?

I do not think that there is a mentality of torturing people in Tunisia. I think it is a temptation to all the powers, and I do not think it’s a matter of mentality.

I think the Tunisian people like other people, do not like to be hurt and hate to see others harmed so shamelessly, especially in detention.

Let’s talk about the Tunisian-European cooperation, what are the tools to win this challenge?

They are mostly the technical cooperation programs between the EU and the Council of Europe, on the one hand, and the Tunisian authorities on the other hand.

We should be able to engage, in mutual respect, in cooperation programs to find the best way for Tunisia in order to learn and benefit from other experiences and not copy, by knowing the possible technical solutions to each question

Is it possible to meet this challenge?

It is true that there are a number of challenges that makes you dizzy, but step by step you can save time with the culture of respect for others that is the culture of human rights. So if you want to do everything at once, it will not be possible. You have to put priorities which are certainly freedom of expression and political freedom, while ending abuses, including the behavior of law enforcement officials.

What future for Africa if its young people live on less...