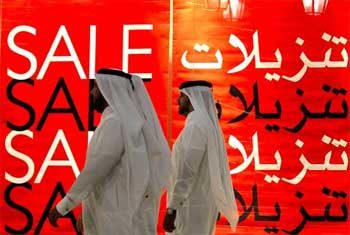 Qatar Property Management (QPM) has launched the country’s first retailer outlet mall, which will offer a minimum 30 percent discount on all items.

Doha Outlet Mall also would be the largest shopping destination in the country, with 20,470 square metres, when it opens in the first quarter of 2015, QPM claimed.

The mall is one of a string of new shopping centres recently opened or under constructed in Doha, but QPM chairman Mana Ibrahim Al Mana told Gulf Times the QR80m outlet mall was unprecedented and would benefit both shoppers and retailers because they could off-load their old products at discounted prices.

Items would have to be marked down by at least 30 percent from their original prices and mall inspectors would regularly ensure retailers complied.

He said discounts would average 50 percent, rising to 80 percent during sales seasons.

Lease agreements already had been signed for 75 percent of the mall space, although QPM would not reveal any retailer names or the types of brands.

The mall also will accommodate 2500 vehicles and will be built at West End Park in the Mesaimesr area. It will be strategically located on Salwa Rd, the main link between Qatar and Saudi Arabia, which is the richest of the Gulf countries.