Radhi Meddeb to Africanmanager We cannot continue to squander currency 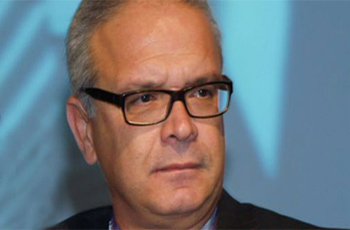 Economist Radhi Meddeb, whom we met on the sidelines of the “Enterprise Days,” gave AfricanManager an exclusive interview in which he warned against the deterioration of Tunisia’s trade deficit which has the effect of accelerating the degradation of the country’s debt and its sovereign rating.

Several experts and financial institutions including the Central Bank of Tunisia (BCT) alerted against slippage in the trade deficit of Tunisia. What do you think?

The trade deficit is structural in Tunisia and has always existed, but what is worrying today is the deep slippage that has reached today levels we had never known before.

Today if things continue at the same pace, the trade deficit may increase at the end of the year with a total of 14 billion dinars, or 18% of GDP, which is absolutely unbearable.

What do you think are the reasons for this slippage?

The reason is simple; we import too much and export little. And we export little because we produce less due to the fact that we are no longer working.

We import too much and so far price trends in the international market have not helped us. Similarly, the evolution of the dinar compared with the import currencies which are the dollar and the euro have not helped, either.

What are the likely consequences of the widening of the trade deficit?

The consequences are simple! We’ll have to always borrow to cover our needs, knowing that the trade deficit can be corrected in part by capital movements related to the balance of payments. Though these global capital movements are positive, (tourism revenues, remittances of Tunisian workers abroad), the current account deficit remains, nevertheless, extremely important to the extent that we can cover it only through external debt that, unfortunately, will serve the consumer goods rather than equipment, which will further deteriorate the situation of the dinar against the import currency.

This will also result in further deterioration of Tunisia’s debt and its sovereign rating and leave, therefore, for our children to pay off in the long run what we have consumed over the short term, and this is neither simple nor sustainable.

What do you suggest as solutions to this problem?

We must get back to work and to be responsible in terms of operation. We cannot continue to squander a rare and expensive resource which is the currency for imports that do not meet our needs.

More liberalization of the dinar will be needed so that importers be responsible for the currency they must have to finance their exports.

We cannot continue to import with impunity while the currency is in limited quantity in the market.

Is it possible today to speak of a recovery?

We are still in a period of wait. We hope that the political transition process in progress will end and we will have a new government in place to hopefully see things started.

There are several elements in the recovery including mainly a psychological effect since investment and risk-taking are psychological, hence the need for an enabling environment.

We hope that with the stabilization of institutions, the establishment of a government, the liberalization of energy and the recovery of local and foreign investment, the vision will be clearer.

All studies show today that the potential for growth in Tunisia is limited but there is still a glass ceiling that is 4.9% per year. The glass ceiling (NDR: invisible brake) we will reach it although we are today far as we’re only 50% of the ceiling with a rate of 2% per year. And even if it is reached, it is insufficient because it does not allow creating more than 70,000 jobs a year since the additional demand in terms of employment is 80,000 jobs per year.

Not only we have not been able to meet the additional demand for jobs, but we will have no chance to tackle the stock of unemployed that we have today.

The arrangements to meet this glass ceiling are simple but it will be difficult to implement. Huge projects in all directions are pending, such as banking reform, taxation, the investment code, the social security and welfare system, public companies and the administration.

Tunisia: 34% of the French state their intention to go on...