HomeInterviewRenewable energies: it is not a matter of enacting legislation; necessary measures...
Interview

Renewable energies: it is not a matter of enacting legislation; necessary measures need to be taken to meet the challenge 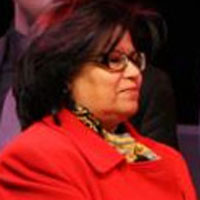 Noura Laaroussi, Director General of the National Agency for Energy Management (ANME) considers that the absence of an adequate regulatory framework remains the main obstacle hindering the further development of renewable energy. Moreover, the government is called to intervene to encourage investors to set up in Tunisia to produce electricity and sell it to STEG.

What are the concerns of the National Agency for Energy Management?

Regarding the development of renewable energies, the main obstacle is regulatory. Our regulations do not allow private investors to set up in Tunisia to produce electricity and sell it to STEG.

Similarly, the 2009 law allowing the reduction of energy consumption in firms remains an ambiguous and unclear law. We could not implement it as it should be. It is a question of relationship between producers, STEG and businesses that consume energy.

In collaboration with STEG, the general management of the Ministry of Industry and other ministries, we have worked a lot on the regulatory framework. Moreover, we prepared a bill that clarifies the 2009 law on self-production in a first part. The second part of this Act aims to encourage private producers to produce renewable energy they sell to STEG which holds a monopoly on distribution and marketing. The third part involves encouraging the production of renewable energy for export.

Why this process is encouraged?

We can say that the bill is ready. However, it is not a matter of enacting legislation; necessary measures, especially technical, need to be taken. When we will encourage private investors to generate electricity, we have to determine the threshold for production of photovoltaic power which becomes more or less profitable, wind and CSP.

This is the work that is being done by STEG to be able to tell us, in the medium term, what are the sites where you we can set up projects for the production of renewable energy which will be directly injected into the network.

On the other hand, STEG must intelligently manage the network. There is electricity from gas, renewable energy which is intermittent, especially wind energy. So it is a skill that STEG must have soon to manage its network and intermittency.

Another aspect on which we are working is the cost of energy. Currently, wind energy is profitable and there is no problem, it needs just to determine sites.

For photovoltaics, we will have the grid parity by 2016, and there is no problem in this regard. As for the CSP, the production cost per kilowatt / hour is still high. It is a little more than twice electrical energy from gas. We will begin to prepare the file, but the start of the projects will not begin until 2020.

Virtually all works are ready and there remains the government’s decision concerning the objectives that emerge from different studies conducted by ANME.

For renewable energy, we have set as target a rate estimated at 30% by 2030, consisting of wind, photovoltaic and CSP. The State must approve this goal by providing the necessary means to STEG to strengthen its network to monitor this process.

Are there now consultations with the government so that it would act quickly?

We have involved the Ministry of Industry in the different stages of work.

With this new minister and the new Secretary of State, the Department is aware of the problem of energy deficit, knowing that we expect a significant deficit in a very short time.

At the project level, priority will be given to photovoltaics, the private sector and STEG. And this is the role of STEG, since it has a monopoly on the network. It is called to conduct all needed studies to support the establishment of renewable energies. If there is a failure in the implementation of renewable projects, it will be because of the network of STEG.

Talking about the private sector, do you have a clear strategy to better encourage it to invest in the energy sector?

Private investors are getting in touch with us by proposing solutions and projects that could be carried out immediately. But this is dependent on a regulatory approval.

Investors are there, but the state must put in place a clear strategy, visibility and transparency especially in terms of cost per kilowatt / hour and rates of energy transport.

For 2012, are there projects that deserve incentives?

Apart from the wind turbines project of STEG in Bizerte, there are no new projects. But there are investment intentions. We have allowed the cement plant of Gabes to produce 45 megawatt from the wind in two phases. The second project which was the subject of a study involves the hospitality sector in the framework of the new strategy to promote the hospitality industry. It aims to produce energy from wind power, and expected power is around 300 megawatt.

What about the Tunisian solar plan?

The Solar plan is ready. But we cannot communicate on this plan because of the absence of a regulatory framework.

Let’s talk about rising fuel prices. Many experts predict that the state’s resort to households is justifiable since Tunisia is experiencing an energy deficit. What do you think?

In 2012, the energy deficit amounted to 1.6 million ktoe, up 60% compared to 2011, i.e. one million ktoe. This is huge. It is for this reason that we must communicate. 60% of the growth is attributed to a growth in the consumption of air conditioning. Paying attention to details, we find that consumption is in households and this increase is due to air conditioning.

Therefore, the Tunisian affords conditions for a better life without having a concern about energy conservation. And this is serious. At the end of the day, he receives a very high bill and most of the time he is reluctant to pay the bill. This creates a deficit in STEG.

How to bridge the budget deficit?

It is through a balance of the budget from the Ministry of Finance. Something which creates an economic crisis in the country. This is why the state has reflected on the increase of electricity prices.

This is a justifiable decision especially since the State has conducted a social policy. Before, we had an electricity surplus. Since 2000, there has been a deficit, which is filled by imports.

Tunisians should be aware that the gap which is widening must be filled somewhere, and part of this difference should be borne by the citizen himself. Otherwise and if we will continue at this pace, the energy deficit will increase and the subsidy as well. In this context, the State would not be able to find this subsidy, we will end up with an electricity and gas company in trouble and we may not have electricity.

What is the relationship between citizens and the energy management?

The campaigns conducted by ANME helped save one million ktoe. If you we have not made the effort, the energy deficit would have exceeded 2.6 million ktoe. We can say that there is some sensitivity especially among industrialists. Indeed, 1,600 industrial companies have signed a contract program, including 70% in the industrial sector, already subject to stiff competition from the signing of the Free Trade Agreement.

What are your predictions for this year?

We must continue our work for the implementation of the national strategy for the energy management with these two components: energy efficiency and renewable energy.

As far as industry is concerned, there will be innovative actions. Regarding construction, we are conducting a study to examine the evaluation of two decrees: thermal regulation in administrative buildings and residential and collective buildings. We will try to see the degree of implementation of these decrees. This year will see the promulgation of two other decrees concerning buildings in the hotel sector and the health sector in clinics and hospitals.

Also, a conference will be held on April 25, to raise the awareness of several departments, including transportation, on energy saving and encourage them to shoulder responsibility concerning goals.

Tunisia: “tax brackets must be arranged to spare the state a...