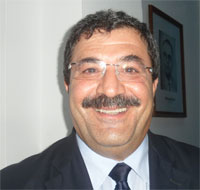 Yassin Mestiri, central production manager at the Tunisian Petroleum Activities Company (ETAP), stated in an interview with Africanmanager that shale gas is a part of the solution for the reduction of Tunisia’s oil imports. He, however, dismissed plans to extract shale gas in the near future.

You recently announced that Tunisia has a considerable stock of shale gas. Can you give us some clarification?

According to an international study conducted by the United States, Tunisia has an estimated 500 billion cubic meters of reserves. This wealth is located in southern Tunisia, in the Sahel and Kairouan. This means an autonomy which is estimated at 80 years. So it’s a niche that we must consider and develop.

It is important to remember that the revolution in the United States is due to shale gas. Similarly, our Algerian neighbors have developed a program and began to flare their shale gas.

In Tunisia, and except for this study conducted by the United States and spread around the world, we do not have a local study in order to confirm the existence of this kind of gas. Prospecting is needed to confirm this probability.

Currently, we have not conducted any surveys or any study, since we do not have this permission. This is explained by the reluctance resulting from the impact that might be negative on shale gas and its operation, knowing that shale gas has the same characteristics as natural gas, since it comes from the same bedrock in the deeper layers of the earth. This source will feed the reservoir of the classic conventional production that we have now.

What would be the value added of shale gas exploration?

A lot more, because we are talking about the energy mix. Seeing that reserves fail to meet our needs, this additional part of shale gas will allow us to have complete self-sufficiency in Tunisia for 80 years.

But several experts and associations like the coalition “Ahna nebniouha” point to the seriousness of the adverse environmental impacts of the techniques used for the exploration and operation of shale gas and the disastrous consequences on the already precious water resources, health and biodiversity of living creatures, the quality of air, water and soil, the availability of land for agriculture and seismic stability. As an expert, how would you rate these dangerous impacts?

I prefer to make reservations about the dangerous concept. Instead of “bad,” I would prefer “moderate.” You know, in the agricultural sector, we are using chemicals. Again, in the tourism sector, we are using a large amount of water. Irrigating a golf green requires a large amount of water. I do not want to go in a completely white scheme, but you can blame it for many things.

It is firstly blamed for its quality as a gas. I confirm that this is the same gas. It is also criticized for the use of water for the purposes of this fracture in bedrock. I must say that the technology is certainly advanced, but you can use brackish water, you can also reuse the same water or you can use the water of the sea that will be subsequently treated.

It is also blamed for the seismicity that can be created. And then you have to put the geophones at any time to be able to listen. It should be noted that hundreds of thousands of wells are fractured in the United States.

It is also blamed for the use of chemicals. Useful in this regard to look closely at what are the chemicals and what is the impact of this fracture that will be done in the bedrock which must be mastered.

Another thing, the problem is that we are working at a depth of 3,000 and 4000 meters. We have at least 3 km difference between us. This does not prevent from putting the necessary arrangements for production, environment and well-being.

Another point that should be put on the table is the use of the land. We will make thousands of boreholes, it is true. But it is important to note that from a single point, we can do more than 30 wells.

So you encourage the exploration of shale gas?

I am neither for nor against, but I’m a developer of a Tunisian oil activities company. But I think that shale gas is a part of the solution for the reduction of Tunisia’s oil imports.

Let us first see whether we have gas or not. To do this, we do not need either water or chemicals. We only need conventional drilling as we are making now and analysis.

Now, while Algeria is convinced of the importance of gas shale, it is important to put everything on the table and know how to handle this issue, seeing the overall impact of this resource. I think at this level, no failure will occur, knowing that in Tunisia, there is a clear law requiring an environmental impact study for each new industrial project. If this study is not approved by the UNDP, the project will not be realized.

Can you confirm or deny the granting of a permit to Shell following an agreement between that company and the Ministry of Industry?

It is true that there are requests, but no contract has been signed now whether regarding shale oil or shale gas and I can confirm Nidhal Ouerfelli’s (Secretary of State for Energy) remarks in this process.

I will not deny that we would like to sign with them as they will take all the financial risks and the risk of finding reserves. Tunisia will not pay anything in this step.