So he stays at the Speaker’s chair. What’s next? 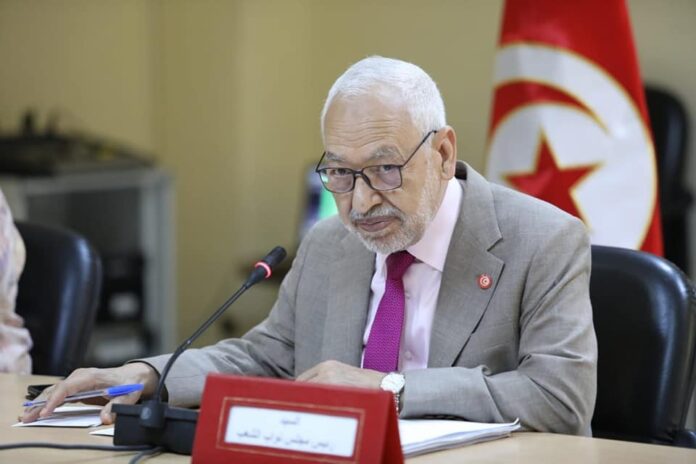 The vote of no confidence in Rached Ghannouchi as Speaker of the Tunisian Parliament has ended. Things are certainly more complex, but one could say, by way of shortcut, that Ennahdha won against Abir Moussi.

Officially, the members of the Tunisian Islamist party had not taken part in the vote. Neither did those of El Karama.

The vote was close. By 12 votes, Ghannouchi would fall from the Speaker’s chair. Among the initiators of the mission, who assured last night that they held the 19 votes needed, the “guilty party” can only be the Qalb Tounes party.

What remains certain is that the secret ballot weighed on the result and freed consciences.

Many in the public opinion already thought that removing the Islamist party from the spheres of power may not be a good thing.

The 16 voters against driving Ghannouchi from the Chair could be just as much a part of this fringe of deputies as the 18 invalid ballots, including the elected representatives of this fringe who, without liking Ennahdha, remain convinced of its weight as an element of balance in a political landscape where there is also a Left, almost as much disliked as Ennahdha.

A Left, whose economic stench has remained alive since the collectivist experience of 1969, and since 2011, embodied by a Hamma Hammami who no longer makes any money on TV.

Having said all of that, we feel it is much more important to draw some conclusions from this vote against the no-confidence motion.

The latter was certainly initiated first and foremost by an Abir Moussi with known anti-Islamist convictions.

But it was also backed by two other political currents whose motives had more to do with revenge for the resignation of Elyes Fakhfakh, Attayar and Echaab Movement being part of the Fakhfakh government until then, than with anything else.

The result of the vote, in fact, confirms the deep schism that has been running through the Tunisian political scene since the departure of the Youssef Chahed government.

There will now be the 97 anti-Ennahdha and the others. A schism, which will inevitably impact the work of the ARP.

An impact that will certainly not help the next government of Hichem Mechichi, nor facilitate his governance.

This “vote of confidence” in the leader of the Tunisian Islamists is likely to push the makers of the next government towards the option of a non-political government, to undermine its weight in political decision-making.

The result of the vote of no-confidence in Rached Ghannouchi should also and above all lead Abir Moussi, like the rest of the anti-Ennahdha Tunisian political forces, to “change their guns” and above all to change the way, the tools, and the mode of communication in the fight against their political opponent.

Abir Moussi could certainly be obstinate, and continue to simply prevent the ARP from going around in circles.

The 97 votes collected in favor of the departure of Rached Ghannouchi are certainly heavy with meaning, for all those who would like at least to reduce the weight of the Islamists, and to bring them back to their true weight in society and consequently on the political scene.

A number that shows that they are not too far from their goal. But also that the margin is not too wide and is not impossible, either.

But for this to happen, they must change their approach to the “enemy” and the ways and means of fighting him.