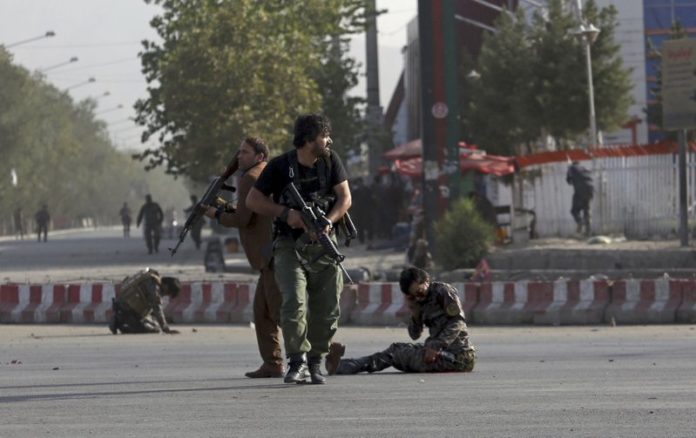 A suicide bombing in Kabul province not far from Afghanistan’s capital killed three people and wounded 15 on Wednesday, the Ministry of Interior said.

“A suicide bomber detonated his explosives among civilians in Reshkhor area of Char Asiab district of Kabul on Wednesday morning,” Ministry of Interior spokesman Tariq Arian said in a statement, referring to the district which is about 11 km (7 miles) from Kabul city.

It was not immediately clear who was responsible for the blast, which came during the Islamic holy month of Ramadan, and as the coronavirus pandemic and U.S. led efforts to broker peace talks between the insurgent Taliban and the Afghan government have left many calling for a ceasefire and reduction in violence.