Taher Dhaker to Africanmanager 60,000 basic school teachers stick to their demands, boycott of exams is considered 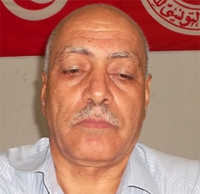 In an interview with Africanmanager, Secretary General of the basic education union under the Tunisian General Labor Union, Taher Dhaker called on the Ministry of Education to activate signed agreements, otherwise basic school teachers would be forced to engage all forms of activism including the boycott of exams.

The administrative committee of the general basic education union, which met on Sunday, March 15, 2015, decided a sector strike on April 15, 2015. What are the reasons for this movement?

It is a logical approach since the Ministry of Education has not activated the agreements signed since the past year, including the agreement of June 20, 2014 and two others concluded in September.

What are your demands?

The first demand concerns retirement as a number of primary school teachers who have now retired have not received their pensions. Other pensioners were forced to return to work while they are at the age of retirement.

The second demand is related to the enactment of the Basic Statute and the amendment of Decree No. 1178. It is important to amend that Decree so that it meets the requirements of the education system.

Another claim pertains to improving the status of school teachers. Should it be recalled in this context that it was decided to hold working sessions with our department to find the best solutions, but, to date, no meetings have been held. I think it is a « casual » behavior from parties involved in this crucial issue.

Among other demands, there is also the regularization of the situation of substitute teachers whose number is 3,800 while improving their financial situation.

You have demanded a national dialogue. Can you clarify?

This is true. We have called for the establishment of a national dialogue which should include all stakeholders so that this sector would be a central “issue” that meets the objectives of the revolution.

As such, the involvement of school teachers is more than ever imperative to meet this challenge, and the reform of basic education would also require a greater contribution of this profession as a key partner for the establishment of a democratic and typical education for the Tunisian people.

Tunisia could never overcome the current crisis without a developed education that would provide adequate skills.

What is your plan, in case of indifference of the Education Ministry?

We were forced to resort to strike in view of the indifference of the supervisory authorities.

We have agreements that must be activated and we could not wait the Official Journal (JORT) to achieve this objective. If our demands are not met, we would be forced to use all forms of activism and the protest could gain momentum and the strike would be followed by an administrative strike and why not exam boycott.

How do you assess the performance of Neji Jalloul, Minister of Education?

I think that this department is not able to appropriately meet the challenges especially as it has not been able to handle the latest incidents.

What is your message to Prime Minister Habib Essid?

I call on the Prime Minister to “liberate” the sectoral negotiations by transferring this power to the Department of Education for it to be able to negotiate with the various unions.

Essid is also called to consider education as a major priority. Indeed, the fight against terrorism is not only dependent on the security but also on education. Therefore, the reform of this system is one of that solutions it is important to put in place to eradicate this phenomenon.

That’s why I think more than ever necessary to revise upwards the budget for the sector to meet the challenges faced.