HomeNewsThe head of state continues his contacts to get out of the...
News 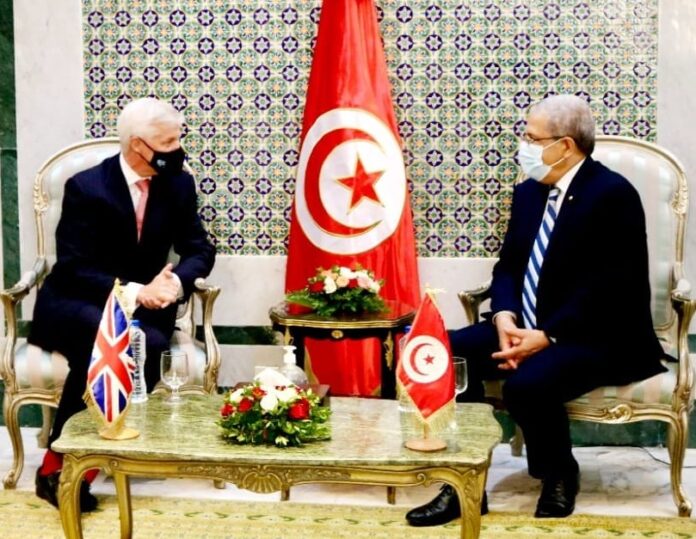 Head of State Kais Saied is continuing his contacts with various national actors to get the country out of the political tensions that hamper development, Foreign Minister, Migration and Tunisians Abroad Minister Othman Jerandi said on Thursday.

Receiving, at the headquarters of the department, the Ambassador of the United Kingdom in Tunisia, Edward Okaden, the Minister indicated that the measures taken on July 25 by the President of the Republic on the basis of Article 80 of the Constitution were dictated by objective circumstances. “These measures have found a favorable response to a large category of the population, he added, quoted in a statement from the Department of Foreign Affairs.

On the other hand, the minister stressed the need to combine efforts to promote cooperation between Tunisia and the United Kingdom, at both the economic and commercial levels, in particular after the holding of the first session of the Tunisian- British Partnership Council.

During the meeting, they also discussed regional political issues, including the Libyan crisis, and ways to help the Libyan parties overcome the difficulties.