HomeInterview"The next government will not be able to do anything without a...
Interview 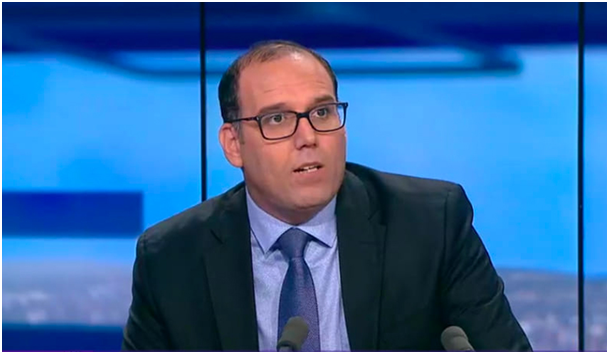 The next government will not be able to do anything without a national economic pact signed by all stakeholders, economist Aram Belhadj said in an interview with TAP news agency, considering that a consensus on a rescue plan will have to be reached with the signing of this pact.

How do you read the latest economic and social indicators published by the INS?

It’s a real economic tsunami. Tunisia has not experienced such a situation since independence. An unprecedented contraction in economic activity of -21.6% year-on-year (-20.4% quarter-on-quarter) is a chilling growth figure.

It confirms the fragility of the Tunisian economy and the sensitivity of the various sectors to shocks.

It the same time, it lifts the veil on the impertinence of the economic and social choices of a political class, unaware of the seriousness of the situation and unconcerned about the country’s future.

What is frightening is that this economic tsunami is turning into a social tsunami.

The results of the latest INS survey speak for themselves. The unemployment rate rose to 18%, its highest level since the fourth quarter of 2011.

More than 58% of the employed population was on temporary work stoppage during the lockdown.

Job losses, which averaged 161 thousand over the quarter, were very strong in services (-52.7 thousand), manufacturing (-51.9 thousand) and construction (-46.8 thousand). 34.4% of the employees did not receive any remuneration during the general lockdown in April and only 47.8% received their full salary.

Isn’t this a favorable environment for the radicalization of social protest? Is the recovery of the economy still possible?

Finally, one cannot talk about recovery in a very tense social environment. It goes without saying that any recovery requires political, economic, administrative and social prerequisites.

Without these prerequisites, nothing can be done. Government, parliament, administration, social partners and civil society must work together to save the Tunisian soldier.

There is no longer any question of putting obstacles in the way of the next government, of favoring corporatism at the expense of the supreme interest of the nation, of locking oneself into the circle of the usual administrative routine or of nourishing social cleavages.

So, what should be the priorities of the next government?

The next government will not be able to do anything without a national economic pact signed by all stakeholders. And for good reason, Tunisia will no longer be able to afford additional political and governmental instability.

A consensus on a rescue plan must be reached with the signing of this pact, followed by the strategic and operational responsibility of the government.

The government will have to focus on a few priorities: the problem of public finances, rescuing companies in difficulty and protecting jobs, improving the business climate and fighting corruption.

The implementation of bold sectoral pacts and the initiation of the necessary structural reforms are also indispensable.

The next government must understand that time is running out and that the room for maneuver is shrinking, and that it will therefore have to use all the ammunition at its disposal: monetary, budgetary, political, diplomatic and (even) geostrategic!

Tunisian-Turkish-Libyan meeting to be held soon in Hammamet