The RFR sees light at the end of the tunnel! 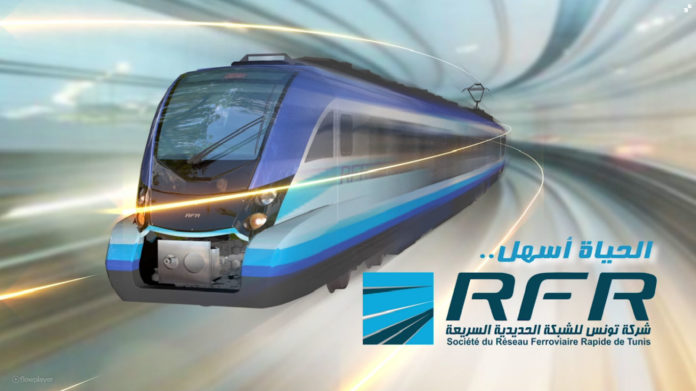 The Tunis Rapid Railway network is probably the infrastructure project that has suffered the most misfortunes and taken the longest to reach the horizon.

As it were, the RFR is now well and truly on track to the immense satisfaction of a population, especially in the suburbs, exasperated by the fact that they have to work at the foot of the crane for so long before they come across an improbable means of transport.

Motorized travel in Greater Tunis is estimated at more than 5 million per day compared to 3 million in 2002, with demand for public transport in areas 8 to 15 km away far exceeding supply, while at peak times, passenger density can approach 10 persons/m² in the bus or metro network.

The saturation of the road network, following the development of the use of private cars, also contributes to the deterioration of the transport offer to these suburbs by the bus network, as well as to the increase in air pollution, greenhouse gas emissions and the excessive use of hydrocarbon fuels in a context of rising prices and increasing scarcity of this resource.

As a result, the need for a more extensive, convenient and rapid service was acutely felt, while maintaining or increasing the modal share of public transport compared to the 2002 level (40%).

The RFR project was therefore timely. It was briefly discussed at the beginning of 2011 by authorities keen to increase public investment in the interior regions, it was quickly endorsed and considered as a major project by successive governments and in particular the current one, as pointed out by the French Development Agency (AFD).

In an interview with Africanmanager, RFR’s CEO Lotfi Chouba deplored the succession of obstacles that have arisen since 2007, the year the company was created, and the procedural and land tenure difficulties that led the Tunisian party to terminate the contract binding it to the Italian company responsible for carrying out the work, following suspicions of corruption.

Asked by Africanmanager about the impact of the decision of the municipality of Bardo to suspend the work of the RFR carried out on the municipal perimeter, Lotfi Chouba stated

that under an agreement in principle reached, a 15-member committee will be set up to find a solution to the problem, with the help of a consultancy firm that will tasked with the preparation of a project that meets the municipality’s requirements and facilitates the action of the RFR company and therefore leads to the resumption of work.

This resumption of work is likely to accelerate the construction and commissioning of the first sections of the first two lines (D and E) of the network, i.e. a cumulative length of 18 kilometers from the centre of Tunis (Barcelona Station).

The RFR network will offer a commercial speed of 35 km/h to 40 km/h compared to 18 km/h for the Tunis light metro and 15 km/h for buses.

The RFR will offer a commercial speed of 35 km/h to 40 km/h compared to 18 km/h for the Tunis light metro and 15 km/h for buses. 350,000 passengers will use it every day as soon as it is put into service. In addition, the RFR was designed to provide the necessary flexibility for traffic growth.

On the environmental front, RFR aims to improve the distribution between public and private transport in order to reduce air and noise pollution.

Operating on electricity produced by gas-fired power plants, the future train will also contribute to a reduction in CO2 emissions by around 50,000 tons/year compared to a future situation without RFR.

Tunisia: “going into many pots” is risky