HomeFeatured NewsTunisia: vegetable and fruit prices are "acceptable", according to intermediaries!
Featured News

Tunisia: vegetable and fruit prices are “acceptable”, according to intermediaries! 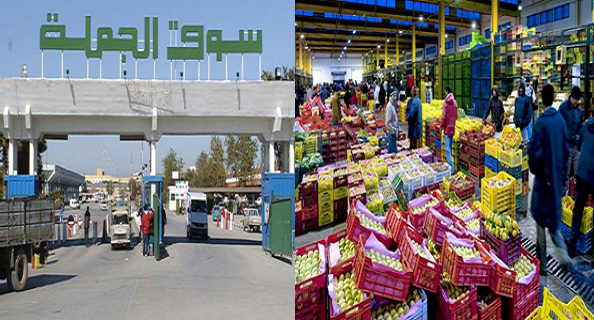 In recent years, vegetable and fruit prices have set new records. In the various markets of the Republic, prices continue to rise and consumers are increasingly avoiding the stalls.

Merchants point the finger, as usual, at wholesalers!

It’s six in the morning, but it’s already swarming everywhere. During a visit made by Africanmanager to the Wholesale Market in Bir El Kassâa, we noticed that hundreds of vehicles and other trucks parked here and there near the docks of this huge area occupied by that market. There is also a countless number of carts pushed by workers of all ages.

The area includes several pavilions and tiles, most of which are dedicated to the sale of fresh vegetables and fruit.

Hundreds of tons of products surround us. At first, we came back and forth to get a general idea of the prices charged. During our visit, we noted that the selling prices of most vegetables, fruits and fish showed an upward trend compared to last year.

Some intermediaries we met considered that “given the current situation (rainfall, lack of labor…) the selling prices of various agricultural products are not expensive and are relatively acceptable”.

On another point, they stated that all agricultural products (potatoes, tomatoes, peppers, onions, etc.) are available in large quantities.

INS: Inflation rate of 6.5% in October

According to the National Institute of Statistics (INS), the inflation rate reached 6.5% in October 2019, compared to 6.7% in the last two months (August and September 2019), mainly due to the slowing down in the pace of food price increases by 6.6%, compared to 7.3% last month.

It must be noted that Tunisian consumers are constantly worried about their purchasing power, which has been affected by successive price increases, and consequently the growing difficulties in providing for their daily needs… The prices of food products, basic fruits and

vegetables have soared to worrying levels, to the point that the spiral of basic food prices currently represents one of the main concerns of Tunisians, but no one talks about it…

There is the question concerning exactly who would be the real culprits!

Tunisia: It is time to review administrative procedures, said the Director...

Tunisia to sign $ 1.7-billion loan agreement with IMF this month