HomeInterviewTunis- Dalila Badr Koubaa to Africanmanager: 2015 will be a challenging year...
Interview

Tunis- Dalila Badr Koubaa to Africanmanager: 2015 will be a challenging year for Assurances Salim 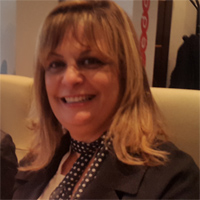 CEO of the company “Assurances SALIM,” Dalila Badr Koubaa gave Africanmanager an exclusive interview in which she talked about the financial position of the company in 2014 and its development prospects and ambitions for the coming years.

The official further recalled the contribution of public banks to financing the economy, mainly in the area of real estate development, tourism industry and agriculture.

Can you give us an idea about “Assurances Salim” Company?

“Assurances SALIM” is a young company that is celebrating this year its 20th anniversary. It was created at the initiative of the “Banque de l’Habitat” (BH) in September 1995 as a public limited company specializing in life insurance. In June 1997, the company was transformed into a multi-branch company. Its distribution network currently has 35 general agents against 30 before. This figure could reach 50 by the end of 2015.

In terms of share ownership, “Assurances SALIM,” subsidiary of the “Banque de l’Habitat, is owned 41% by the bank and the bank group. 10% are held by the Tunisian State that have been confiscated after the revolution, they should be sold via the stock market probably in the course of 2015; the rest is owned by private shareholders, much of which consists of shareholders of the “Banque de l’Habitat.”

And what can you say about its financial position for the year 2014?

For the year 2015, the company intends to actively carry on its development and make every effort to strengthen its business and enhance its position in a highly competitive market.

It aims for this purpose to,

– Achieve a combined ratio of 71%, ratio of reference for judging the quality and effectiveness of the management of insurance companies.

What are the development prospects of “SALIM Assurances”?

The year 2015 will be for the company a year of challenge. Our strategic initiatives will focus in particular on the following areas:

– We start from a relatively modest position with the dual aim of developing our market share and maintain profitability.

– We will seek to strengthen our position in the “life” insurance and “construction” insurance market.

– We plan to adopt a more aggressive trade policy and intensify our sales force to respond efficiently to customer expectations.

– We will work to enhance the growth of our business and our position in the market, particularly through innovation and customer listening.

– We will adopt an intensive and targeted communication policy to further enhance our image and reputation.

– We plan to build a solid foundation for future growth by expanding our offer and expanding our business to the most promising areas. The development of the segment “enterprises” for life insurance will also be among our priorities.

– We plan to revitalize the synergy between the company and the various subsidiaries of the bank.

It is clear today that “Assurances SALIM” places the customer at the heart of all its projects and make innovation the heart of its business, its objective being to be part of a process of ‘Customer Satisfaction’ and be seen as “the preferred insurer” of its customers.

What is the position of Assurances SALIM today among other insurance companies and what market share do you plan for the coming years?

Compared with most major local insurance companies that have over 40 years of operation, we can say that our performances are more than promising. Our leadership position in the field of life insurance and construction insurance, including construction site insurance and defects is the evidence.

Today, the market share of “Assurances SALIM” turns around 3.4%. However, we believe that, given our potential, the Company does not have the place it should actually occupy. Though, we are still young, our challenge is great, and a bright future full of enthusiasm and rigor awaits our company, and I am deeply convinced that it will be able to meet the challenge to succeed with confidence.

What are the major challenges of the Tunisian insurance companies today?

Today, it is clear that to boost the insurance industry and allow it to fully play its role in financing the economy of our country, an upgrade should be introduced.

It is in this context that the General Insurance Committee (CGA), following a collaboration with the World Bank, has commissioned a study on the insurance industry with an international firm for the diagnosis of the sector and solutions to put forward.

This study led to a contract program for the coming years on a set of recommendations, the most important are:

3. Updating of the legislative and regulatory framework.

All these measures, along with others, will have a very positive impact on the insurance sector and allow Tunisian companies to play their role to the best in the financing of the economy.

Moreover, at this level, the example of Morocco is instructive in more than one way. Today, it is leading in the field through the restructuring and upgrading of the insurance sector started a few years ago.

To return to “Assurances Salim,” you talked about 10% of the capital shares that are confiscated by the state. In case of disposal of such shares, does that mean there will be a capital increase?

As I mentioned at the beginning, 10% of “Assurances SALIM” confiscated will probably be on sale at the Tunis Stock Exchange current 2015. However, the terms of this disposal have not been not yet fixed and there is nothing that has been decided, but all the solutions remain feasible.

Since the “Banque de l’Habitat” undergoes today audit work, would this have an impact on the situation of Salim?

Let me first tell you that the “Banque de l’Habitat” is a large local bank and enjoys a very good position in the banking sector.

Next, it must be recognized that the “Banque de l’Habitat,” public Bank but also with private ownership, as well as the “Société Tunisienne de Banque” and the “Banque Nationale Agricole,” have contributed to the financing of the economy particularly through the sector of real estate development for BH and the sectors of tourism industry and agriculture for the other two public banks.

Today, after the Full Audit, once their situations cleaned, recapitalization started and principles of the new governance adopted, we can only expect a better future for all three banks.

Finally, to answer your question, “Assurances SALIM,” with its belonging to the BH group, will make this argument an asset for future development.

Tunisia: national carrier TUNISAIR to change its mode of governance