Tunis: Nidaa Tounes promises a dignified life for all 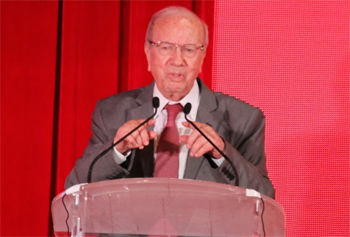 Dominated by the values of the economy, this program is part of a social market economy, based on the synergy between the state and the private sector, said Taieb Baccouche at a press briefing, adding that the challenge for his party is to save the country, commit to sustained growth, promote technology, develop high-growth sectors and create jobs.

The interior funding will be provided by domestic savings, the amount of which is expected to be 100 billion dinars, while external financing would reach a volume of about 55 billion dinars.

As for the debt of Tunisia, the party plans to limit it to 12% of foreign exchange earnings against a budget deficit of 3%. In addition, 4% of GDP will be saved on subsidies and 1-2% on the operating costs of public administration.

On vocational training, Nidaa Tounes seeks to revise training courses in accordance with economic needs and in consultation with businesses and educational institutions, in addition to the creation of training centers in regional development areas in order to support major industrial projects.

An ambitious program which, certainly, is not going to affect the purchasing power of citizens, as Abdelaziz Kotti leader in Nidaa Tounes told Africanmanager.

However, efforts will focus on improving the purchasing power, and by controlling the distribution channels of essential goods while revising the value chain of sensitive food branches and imposing gradually compliance with quality, health and environmental standards.

The economic program of Nidaa Tounes has plans to allocate to regions more than 50 billion dinars, or 40% of the total volume of investment during the next five years, with the aim of having interconnected regions that contribute to the insertion of Tunisia in the global economy.

In this context, the ” Regions Ambition Plan” opts for conducting a physical decompartmentalization through infrastructure links to the rest of the country and the entire world, rapid improvement of living conditions through the upgrading of all social facilities, the attraction of economic activities by means of industrial infrastructure and finally decentralization and local governance in favor of inland areas.

To implement the promised economic reforms, Nidaa Tounes advocates the introduction of emergency measures to save the country from bankruptcy risk especially since it embarks upon a critical phase of its history.

Tunisia: SOTUVER increases sales by 19% in first half

Tunisia: 1,902 companies certified to the end of October

Tunisia: list of properties confiscated for sale by Ministry of Finance....