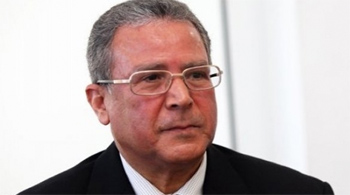 In an exclusive interview with African Manager, Rafik Chelly, Secretary of State for Security, stated that “in view of the failure of the Libyan authorities to manage the crisis, the extension of Daesh and the presence of several Tunisian fighters in this country, Libya represents a real danger for Tunisia. Closing borders is only a temporary measure that will be followed by more decisive actions. Regarding claims of security personnel, he announced the implementation of a new program in 2016.”

The National Security Council has taken a series of exceptional measures after the attack on presidential guards, of whom a dozen brave members had fallen, but more many police unions have deemed them ineffective, especially as the social approach was absent. What do you think?

Following this heinous crime perpetrated last Tuesday, the council decided several urgent measures, including the temporary closure of borders with Libya to develop the capacity to respond quickly and appropriately in the coming period. For, the real danger comes from this neighboring country and the effects of instability in this area are enormous.

So taking such decisions is important in this current stage… Among other decisions, the creation of an anti-terrorism fund and the implementation of the law the fight against terrorism as soon as possible. Add to this the administrative control against any individual suspected of belonging to a terrorist organization.

These are measures aimed mainly to strengthen national security.

What about the measures for security personnel who regularly demand the improvement of their professional situations and call for concrete actions in this process?

Such measures are part of another approach. Moreover, committees are now convening to meet the expectations of this body.

As such, a large-scale program will soon be in place to essentially improve the working conditions of our security officers.

Can you give us an overview of the program and especially the date of its implementation?

A commission was established bringing together all security unions. It has already proposed a series of recommendations prior to the establishment of a program in this direction.

How much does it cost?

This project cost us billions and its implementation will be gradual in 2016. Premiums and wages of security guards will be revised without forgetting overtime.

Moreover, unions are already aware of this issue since they are part of the commission… A strong collaboration is established between the various stakeholders, including unions that have spared no effort to express their concerns and submit their demands.

Besides the measures taken by the National Security Council, has the Ministry of Interior considered other actions to ensure safety, especially that the alarm has been rang by several security experts who talk about other terrorist attacks?

We are not immune from further terrorist attacks, and that is why we have taken the necessary precautions. The alert was raised to Level 3 and security plans have been implemented on the ground, cities, roads, along with the protection of sensitive areas such as diplomatic representations.

This level already involves the participation of the National Army.

On the recent decision on the recruitment of 6,000 officers by the security and military institutions, can you give us clarification especially since the Ministry of Finance announced hiring freeze in the next two years and several economists have warned against this measure?

We are in a situation where the security imperative has grown in view of the lack in human resources. That is why the prime minister has agreed to additional recruitments for this year. Indeed, the process thereon was launched.

For 2016, we have a program and we also requested it will be multiplied because of the needs. The National Security Council, which met last Wednesday, has already responded favorably. The number will be doubled by next June and we will have human capacity to ensure security.

Regarding the closure of Tunisian-Libyan border, this decision is controversial among many activists who see it as an arbitrary measure…

The dismantling of several terrorist cells demonstrated that terrorists who carried out terrorist acts were trained in Libya… These cells are numerous, starting with the cells that planned attacks in the south, the center and the north of the country, the cells responsible for overseeing or those in charge of financing…

So all this happened in Libya and Tunisian terrorist leaders are there.

This is where the problem lies, and the latest attacks in Tunisia show that attackers are terrorists who have received training in Libya.

We already know the training camps. There is doctrinaire training and military training that is provided before the infiltration from Libya through smugglers. I take this opportunity to highlight the strong link between terrorism and smuggling.

After receiving the necessary training, these terrorists will infiltrate again in Tunisia pending orders for them to carry out their terrorist plans.

It is for this reason that Libya today is a danger to Tunisia, a danger highlighted by the expansion of the Islamic state in this turbulent zone and the inability of Libyan officials to manage the crisis.

This would only serve the interests of terrorists whose ranks continue to swell and cooperate with each other, which represents a real danger to Tunisia. This has prompted us to take tough measures, essentially the temporary closure of the borders with the neighboring country.

But this is a temporary measure?

It’s true. Indeed, we have a program to better consolidate the Saharan and shipping line at the Tunisian-Libyan borders, and it is even likely to review the visa regime with Libya. This is a strategic move, especially as several forged passports exist in this country and this is serious since many terrorist organizations have this kind of passport.

We took the necessary precautions, but they need adequate decisions.

Let’s talk about the attack on a presidential guard bus. Suicide-bomber Houcem Abdelli had been was, in the past, arrested and then released. This raises questions about the nature of flaw given that your department already knows the terrorists?

In my view, this problem concerns the legal texts… For example, the suicide bomber was arrested and brought to justice with his record, but he was released him for lack of evidence … So it is important to address the issue from the legislative and legal angle.

A weapons warehouse was discovered by units of the National Guard in Sousse District on the night of November 26 to November 27… Can you give us more details?

Security units managed to capture a significant quantity of weapons in Sousse. According to the investigation, there is a link between this arsenal and the attempted assassination that targeted, MP and President of ESS Ridha Charfeddine.

Research has also helped to unveil the list of people involved in the attempt knowing that the cell is made up of many individuals.

The interrogations with detainees also have yielded the names of other people involved in this case… Add to this the seizure of several weapons. Well, I can not give more details because the investigations are still ongoing.

Can you give us the exact numbers of detainees in terrorism cases?

1,800 persons involved in terrorist cases have been arrested to date.

About 800 other Tunisians among those who fought in Syria returned to Tunisia during this year, many of them are now under the supervision of authorities…

But control is still inadequate and this issue remains a concern… For Tunisia more than ever needs another program for the reintegration of young people who choose to return to Tunisia.

This program will aim to fight against the scourge of terrorism that continues to hit hard in Tunisia.

This requires, in my opinion, the involvement of all stakeholders, namely the Ministries of Social Affairs, Religious Affairs and Health… The objective is to address this issue and better supervise this category in order to eliminate Takfiri ideas.