HomeInterviewTunisia: number of tourists in 2015 would be about 5 million 800...
Interview 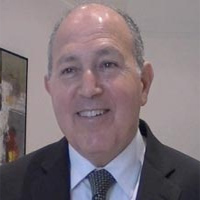 Afif Kchouk, Commissioner General of the International Tourism Market (MIT) expects a decline in tourism following last March 18 terrorist attack at the Bardo Museum. The number of tourists would be about 5 million 800 thousand while tourist bed-nights will not exceed 28 million.

Do you fear dire consequences for tourism, a key sector of the economy?

Surely, as the various foreign media outlets continue to focus on this event especially with the organization of a republican march Sunday to denounce terrorism. Foreign media, specifically European have continued to treat this attack since March 18.

This could only arouse fears among foreign tourists wishing to visit Tunisia. Because, those media are now reminding them of this terrorist attack.

Which market will be most affected?

The attack at Bardo Museum that killed 23 people would have an impact on the influx of tourists. In this context, we expect a decline in most traditional markets.

Some markets that have rebounded such as the Belgian, Italian and Dutch markets will post a decline.

Central European markets that already have problems will fall by 50%. We can also cite the Russian and Ukrainian market. One could explain this fall by ongoing clashes between Russia and Ukraine. Other markets will also experience a decline due to these clashes.

With this attack, what would be the reservations rate?

According to our experience, I think we need at least 4-6 weeks for bookings to resume their normal pace. Therefore, we will find ourselves only with last-minute tourists who have not yet decided or do not have the ability to spend their holidays abroad.

The number of reservations would in my opinion be very low. We would only have 3 or 4 bookings per day, while the number recorded daily in previous years was between 20 and 100 bookings.

And the number of tourists expected in 2015?

If things were in the best conditions, we expect 5 million 800 thousand while the number of overnight stays would be around 28 million.

Regarding foreign exchange earnings, we can not make estimates since they are dependent on the value of our currency compared to other currencies, knowing that the sector experienced a worsening throughout 2014, compared with 2013.

I’ll have to admit, however, that the sector is now in a very bad situation.

These figures challenge us and force us to look back to the 90s especially where we had not the accommodation capacity we have today, estimated at 220,000. Therefore, we are far from the figures recorded in 2010, the reference year.

We expect a deterioration in the sector with a worsening of the debt of this sector which employs more than 400,000 people. It would then be in very difficult economic and financial conditions.

How do you assess the measures taken by the government following the attack, focused, in particular, on improving quality, cleanliness and promotion of cultural tourism and domestic and Algerian tourism?

Above all, we must remember that this sector is 100% in the hands of the private sector, especially since it is a commercial and industrial sector. So we can say that the state does not have a big role to play in this process and clients do not generally follow political slogans.

This, in my opinion, requires the establishment of a roadmap to overcome the shortcomings and especially to deal with the rather stiff competition faced by the sector.

As for the measures taken by the government and even those taken by the Ministry of Tourism, I think it is useful to know how to implement them on the ground before knowing their profitability.