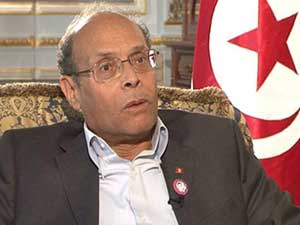 The meeting focused “on possible means of international cooperation to fill the gaps in the Defense budget in order to meet necessary needs,” the presidency said in a statement.

Marzouki had earlier said that Tunisian security forces were not well-equipped enough to “combat terrorism” but they are starting to improve their capacity. The Tunisian army and police have launched a wide-scale security operation in the Chaambi Mountains near the Algerian border in an attempt to flush out militants there.

A social protection floor is the best solution to offset the...

Tunisia: Cancellation of two trips aboard Tanit and Carthage after strike