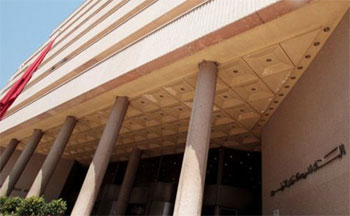 The Executive Board of the Central Bank of Tunisia (BCT) noted, at its meeting on Wednesday February 26, the slower pace in economic growth over 2013, down to 2.6%, according to the latest estimates of the National Institute of Statistics (INS), reflecting a net regression in economic growth dynamics compared either to updated forecasts of the Economic Budget or to achievements over 2012 (3% and 3.6% respectively).

This drop was explained by negative political and security factors that prevailed particularly over the second half of the year and brought about, further to economic activity slowdown, pressure on internal and external financial balances.

Another conclusion: the ongoing pressure on external payments shown through the current deficit widening in January, reaching 0.6% of GDP compared to 0.3% in the same month of 2013. This result was led by deteriorated level of the trade deficit, notably the food and energy balances. Despite these trends, net assets in foreign currency were stable, coming to 11,621 MTD or the equivalent of 106 days of import up to February 24, 2014.

Regarding trend in prices, the Board underlined the relative detente of inflationary pressure with a 5.8% drop in annual shift in consumer prices in January 2014 compared to 6% last December.

Core inflation dropped from 6.6% in December 2013 to 6.3% in January 2014. Yet, the Board considered that risks for maintaining the inflation at high level still persist and require multiplied efforts to curb factors contributing to price rise, in particular those relative to improving supply and rationalizing distribution channels.

At the monetary level, the Board noted stabilizing of banks needs in liquidity in current February, bringing overall monetary policy operations carried out by the Central Bank to fine tune the market to 4,711 MTD on 24 February of the current year compared to 4,981 MTD in January of the same year. The interest rate regressed to 4.69% over the same period, compared to 4.71% in January 2014.

As for the banking sector activity, the Board noted the net drop in the progress pace of deposits in the beginning of the current year (+0.2% in January compared to +1.4% in December 2013 and +7.4% for 2013 as a whole) due to a drop in sight deposits and slower evolution in savings accounts.

This trend concerned also financing to the economy (0.2% compared to 1.6%) in line with tightening of short term loans and stable level of medium and long term loans.

Concerning trend in the foreign exchange rate, the Board underlined the ongoing appreciation of the dinar against the main foreign currencies as of the beginning of the current year after a net drop a year before and this in line with better supply on the foreign exchange market over the period.

In the light of these evolutions, the Board noted that appearance of signs of improvement in the international economic environment represents a positive factor to be used in order to consolidate and intensify efforts to resume an acceptable level of growth and reduce the extent of financial imbalances starting from this year as well as to boost premises for renewed confidence on the part of economic operators and decided to keep unchanged the main key rate of the Central Bank of Tunisia.

Africa reaffirms its commitment to promote unity through sports as the...