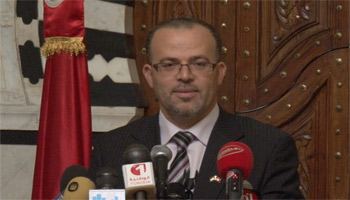 “Despite the uncertainty prevailing among most of the Tunisians and some political parties, transitional justice will continue its path,” assured Samir Dilou Minister of Human Rights and Transitional Justice, at a meeting held Thursday, August 8, 2012, on the law of transitional justice in Tunisia.”

He said part of this path has already been accomplished but much remains to be done for this process which links, he said, the past, present and future.

With regard to the formula adopted by Tunisia in the process of transitional justice, Samir Dilou said the choice was made on the most difficult. “To turn the page of the past at the minimal expense, we chose an exemplary strategy which consists of starting the consultation so that dialogue will emanate from the people not the government or the Constituent Assembly.

However, this strategy is very difficult in its application. “The approach chosen will serve as a benchmark of success but it requires a lot of preparations and arrangements,” said Samir Dilou.

The idea of establishing a national dialogue on transitional justice aims, indeed, to assess the various initiatives and measures in relation to transitional justice, given the large number of proposals and visions and the absence of a clear strategy for Transitional Justice. Hence the need to engage in a national dialogue to come out with a common vision or at least reconcile points of view between the different parties involved in this matter.

A technical committee composed of seven members was created for this purpose. The aim is to ensure a better participation of all segments of the civil society, associations, communities and political parties in order to outline the prospects for transitional justice.

The point is also to provide the opportunity for victims of the former regime to speak freely about their needs, expectations and rights.

According to Samir Dilou, national dialogue will be conducted over three months with a possible extension of two months. Works will begin following the announcement of the decision to form the technical committee which will organize the dialogue in different sectors and in different regions. The committee will also aim to select and oversee parties responsible for the dialogue, gather the results of the national dialogue and draft the final report. As a last step, the committee would be required to develop the bill on transitional justice.

The regional committees will be represented by professors and doctors of law, judges, lawyers, notaries, bailiffs, as well as specialists in sociology and psychology, doctors, representatives of the martyrs and wounded of the Revolution and journalists. Ninety nine among 418 candidates were selected by the technical committee to train members of regional committees.

In fact, inclusive national consultations will help Tunisia to find the appropriate model that corresponds to real needs. National consultations are indeed a form of dynamic dialogue allowing all concerned sides to express themselves freely in order to lay the groundwork for a transitional justice program that really matches the national context. Respecting the rights of Tunisians is fundamental for building the future of Tunisia.

However, in order to be effective, the efforts of transitional justice must be based on respect for human rights and should place particular emphasis on the rights and needs of victims and their families. These efforts will obviously be effective if they are accompanied by sufficient political will and full commitment of the government. An approach to transitional justice based on human rights requires that these programs are designed in the context of extensive consultation with communities affected by oppression or conflict, so that the programs best suit their needs and rights.

Tunisia: security stepped up at airports and on flights