HomeInterviewTunisia: there is a political will to pass the anti-terrorism law, says...
Interview

Tunisia: there is a political will to pass the anti-terrorism law, says Sofiène Toubel 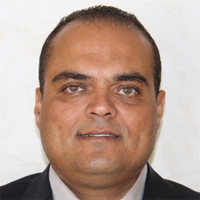 Sofiène Toubel MP from Nidaa Tounes assured that there is no difference in views about the enactment of the anti-terrorist law. On another level, he emphasized the key role that will be played by the next political bureau of Nidaa Tounes which has overcome several crises.

Let’s talk about the recent terrorist attack that killed four National Guard members and the wave of criticism that targeted the Ministry of Interior.

One can not blame a government that has just taken office and more in this very specific context. The problem is legislative.

I think it is more than ever necessary to accelerate the process to enact an anti-terrorism legislation to assure our agents and preserve their lives.

I think we will not have recourse to the law of 2003, but we will certainly pass a new law and the other designed to protect security agents.

This is important to provide compensation for loss. Also, the law should allow for the provision of the necessary equipment for our military since the Interior Department has a shortage of materials.

Here, as an MP, I assure you that there is not a difference of views between members. But there is a political will to approve the law.

What is your reading of the events that took place in the South of Tunisia?

In my opinion, these incidents are positive and they will push the government to wake up and actually measure the multiple challenges. The latter require good will and a serious endeavor to find a solution to the crisis.

In this context, I think the government also needs a governmental solidarity to be able to meet this challenge as the next stage will certainly be difficult.

The government is expected to make progress especially as it has given promises to its people. In this process, I think it could achieve its goal by gaining the confidence of 166 deputies in the HPR.

This good start has not really pleased some political parties. And, in this context, I assure you that the protests that erupted in southern Tunisia are not spontaneous and a well-known political party is behind this crisis.

Which political party is it?

We can build on the recent visit of former President Moncef Marzouki to Kebili and Tataouine to understand things.

Moreover, these movements should continue until March 20, the official announcement date of the movement of people’s citizens.

Let’s go back to the recent decision of Nidaa Tounes to freeze the membership of four of its members, namely Khemaïs Ksila, Abdelaziz Kotti, Hashemi Lahdhiri and Abdessatar Messaoudi. What do you think of this strongly criticized decision?

At first, it should be noted that this decision has not involved freezing their membership, but simply Nidaa Tounes prevented leaders who have damaged the image of the party to participate in the political bureau’s elections, until they offer their apologies.

But personally, I am against this decision. For, it must be applied on all leaders who damaged the party’s image without distinction; otherwise we reject it once and for all.

Can we say that Nidaa Tounes faces a crisis?

Nidaa Tounes went through severe crises, but now, we managed to overcome them and it is normal that the media focus on the details of the party that won the elections and that is present in all powers.

I assure you, moreover, that the crisis will be resolved by the creation of a political bureau of Nidaa Tounes whose formation is scheduled for March 1.

The new bureau, which consists of 30 members from across the political spectrum, will be responsible for leading the country until the holding of its congress.

This congress is scheduled for June 16, coinciding with the third anniversary of the party, but I think it would be postponed until September.

Has the absence of Beji Caid Essebsi from the party’s presidency affected its performance?

Sure, and that is why we have requested the extension of the Founding Committee of the party and later the creation of a political bureau.

We are confident in this bureau and the leaders who will be elected.

Information circulate on keeping Mohamed Ennaceur at the head of Nidaa Tounes?

Legally speaking, the founding committee is the legislative committee, pending the holding of the party’s congress and the political bureau is called, in this context, to ensure the participation of all members until the holding of this event.

Regarding the sharing of responsibilities, it would be done once the political bureau created. But I tell you that we have differences on this question.

What about the concerns of the inhabitants of Gafsa?

Initially, we must remember that this region has experienced years of marginalization and the observed protests have provoked high concerns among successive governments since the revolution.

These governments have done nothing and the temporary solutions implemented are time bombs that could explode at any moment.

One of the main problems today relates to lower phosphate production, which fell from 8 million tons to 4 million tons and recruitment. These two barriers are now a real threat to the profitability of the CPG. We did not have just these two problems, and Gafsa also faces problems of collective land, not to mention the problem of water and of the infrastructure.

Hence the importance of finding adequate solutions to the environmental challenges in order to meet the challenge.

Do you have any suggestions?

Several solutions have been proposed. Moreover, we have a program established in coordination with UNDP to address these issues

And what about blocked projects?

This is a relevant question. For a large budget of 520 MTD was dedicated to Gafsa then while only 20 MTD were spent. 500 MTD are still there.

The main blocked projects are in the area of infrastructure. The difficulties faced are regional, central and other problems that are related to the protests have not encouraged developers to invest.

Given this situation, I think it is time to change the mentality so that we can work and ensure development.

Would Essid’s government able to deliver on is promises?

If the government of Habib Essid manages to implement urgent measures during its first 100 days, it will certainly be able to implement the program of the next five years. ”

Otherwise, it would be possible to withdraw confidence in this government. ”

As an elected MP from the constituency of Gafsa, I think it is important to activate one of the provisions of the constitution stipulating positive discrimination between regions.

Regarding the promotion of Gafsa region, I think it is necessary to look for structural solutions.

I think the structural issues remain a prerequisite for promoting such a region heavily affected and marginalized.

Its inhabitants, in my opinion, have the right to benefit of income from the resource that this region has, namely phosphate.

Several experts suggested the transfer of areas with natural resources into military zones to protect them, on the one hand and better contribute to economic recovery, on the other. What do you think?

This is one of the best solutions. However, it is very early to talk about such a suggestion, especially since the delegation of Om Larayes has been closed since 2011 and has not produced any gram of phosphate.