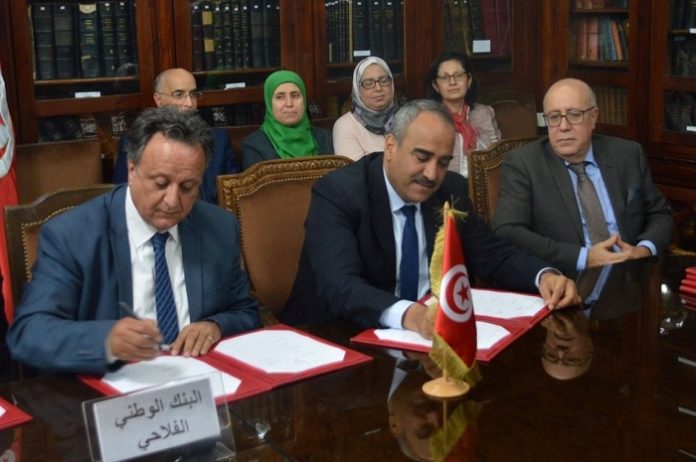 A credit agreement in foreign currency, amounting to €356 million, the equivalent of 1230 million dinars, was signed on Tuesday with 12 banks in Tunisia, to raise resources for the benefit of the state budget, in accordance with the provisions of the Finance Act for the 2019 financial year.

Two forms of repayment of this credit are envisaged, according to the choice of banks. The first formula is for a refund of three equal installments over three years and in this case, the interest rate is fixed at 2.25%.

The second formula is to repay the credit in one installment, after three years and with an interest rate of 2.5%, the Ministry of Finance said in a statement. Each bank can therefore choose the formula that suits it.

Finance Minister Ridha Chalghoum, who co-chaired the signing ceremony of the agreement with Marouane El Abassi, governor of the BCT, said the credit is “a form of financing appropriate to the conditions and cost.”

He welcomed the support provided by banks operating in Tunisia and the flexibility shown in the negotiations on the granting of this credit.

For his part, the governor of the BCT hoped that the Tunisian economy would achieve the desired growth and hoped for investment, which would promote production and ensure liquidity in foreign exchange and in Tunisian dinar.