HomeNewsTunisia: 100 MTD to be invested in cleaning up Oued Méliane
News

Tunisia: 100 MTD to be invested in cleaning up Oued Méliane 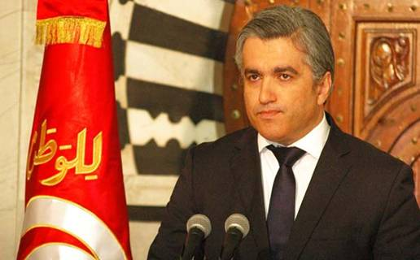 Minister of the Environment and Sustainable Development, Najib Derouiche said 100 million Tunisian dinars (MTD) will be injected into the clean-up and development of the watershed of Oued Méliane. This funding is part of a major redevelopment program planned over 5 years.
Derouiche was speaking on Monday, March 7, 2016 at an information day on the study of the pact of environmental safeguards and sustainable development of the watershed of Oued Méliane.
He said that about 25 MTD will be assigned to carry out the first phase of the program, to be launched in July 2016.
The project will connect the industrial areas of Jebel El Oust 1 and 2 and the industrial zone of Ben Arous to brand new sanitation networks.
Also on the agenda, refurbishing of 11 sanitation stations connected to industrial zones that empty their waste substances in the Oued Méliane basin.
There is also talk of installing networks and sanitation stations in three localities: Khelidia, Bir Mcherga and Jebel El Oust.
The Minister said that the feasibility studies, to which shared local and regional authorities and members of civil society, were fastened.
Share
Facebook
Twitter
Linkedin
Email
WhatsApp
Viber
Pinterest
ReddIt
Tumblr
Telegram
Digg
Mix
Print
Previous articleTunisia: Tunisair launches promotional offer “Flash France ”
Next articleTunisia: Tabarka and Tozeur airports to be exempted from navigation fees