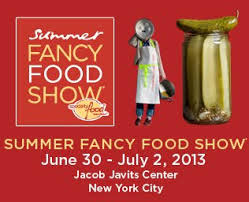 11 Tunisian companies operating in the sector of packaged olive oil, with the support of PACKTEC, will set sail for the United States from June 30 to July 2, 2013 to participate in the Summer Fancy Food Show.

The Tunisian participation is part of a strategic approach given the growing importance of this event. The International Food Show held with the participation of professionals from North America is now in its 59th edition. It has become one of the largest business hubs in the American continent.

The 2012 edition had mobilized 2,400 exhibitors and over 24,000 registered visitors. To strengthen the Tunisian participation in the show, the PACKTEC has prepared a program of promotion and sales support with the organization of B to B meetings for Tunisian professionals throughout the exhibition period, the organization a promotional event to which will be invited importers, distributors and journalists for the media coverage of the event. It has also scheduled a culinary entertainment event to attract visitors to the Tunisian stand.

The show provides a new opportunity to lift up the Tunisian flag and confirm the excellence, quality and diversity of the country’s products. The reputation and image of the Tunisian olive oil will certainly be enhanced by the international tender “Promotion and Support for the sale of the Tunisian Packed Olive Oil.”

This initiative of the Fund for the Promotion of Packaged Olive Oil (FOPROHOC) will eventually entrust the development of marketing and sales strategies to specialized international agencies for better implementation and better access of Tunisian olive oil to markets of North America (U.S., Canada), Russia, China, Arab countries (the UAE, Saudi Arabia, Kuwait) …