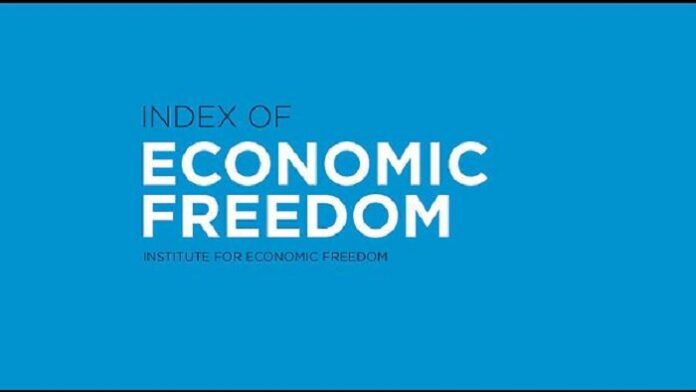 Tunisia has just been ranked 119th by the Index of Economic Freedom 2021, which has just been published by American think-tank “The Heritage Foundation, with a score of 56.6.

Tunisia is also ranked 10th, out of 14 countries in the Middle East and North Africa region.

Its overall score has increased by 0.8 points, mainly due to an improvement in its fiscal health. Tunisia is, however, in the “mostly unfree” group.

The report notes that the Tunisian economy has been stagnant in terms of economic freedom for more than a decade, despite the hopes for significant liberalization raised by the Arab Spring of 2011.

Therefore, “despite notable progress in democratization and ongoing reform efforts, Tunisia’s transformation to a more market-oriented economy has been slowed by political instability and violent protests spawned by austerity measures,” the document reads.

The report deplores “endemic corruption at all levels of government and law enforcement” and the behavior of “senior officials” who “act with impunity.

With respect to market openness, the paper notes that “despite the adoption of revised investment codes that provide more flexibility to foreign investors, the overall investment regime lacks efficiency and clarity. The financial sector, dominated by banking, remains fragmented.

For greater economic freedom, the Tunisian government should address persistent weaknesses in taxation, financial freedom, judicial efficiency, and government integrity, according to the same source.

The Index of Economic Freedom is an index that was created in 1995 by the Heritage Foundation and the Wall Street Journal.

Its objective is to measure the economic freedom in the different countries of the World.

The index ranks nations on 12 general criteria of economic freedom, based on statistics from the World Bank, the IMF, and the Economist Intelligence Unit.

The Heritage Foundation is a Washington-based think tank. Its mission is to formulate and promote public policy.

These are public policies based on the principles of free enterprise and individual freedom.

Due to lack of liquidity, Tunisair reduces flights to Africa and...

Tunisia-Extraordinary: Badreddine Ouali says everything about “School 42”, FREE and without...

UAE may allow 100% ownership of businesses