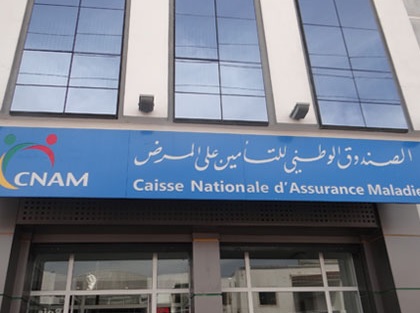 CEO of the National Health Insurance Fund (CNAM), Bechir Irmani gave AfricanManager an exclusive interview where he mentioned several points including the crisis of the Fund and the liquidity problems it faces, its debts to the Central Pharmacy and those owed to it by social funds.

The crisis of the CNAM, what is the situation currently?

The CNAM crisis was triggered by a sharp drop in 2016 in revenue from the CNSS for health insurance contributions and the CNRPS’s inability to transfer all contributions collected on behalf of the CNAM since 2011.

The problems of availability of liquidity at the level of the CNAM have led to delays in payments by healthcare providers (public and private) and Central Pharmacy, which has also caused disruptions in the CNAM’s relations with pharmacists, doctors and dentists that have had negative repercussions on the social insured to different degrees.

During the month of August 2017, the CNAM began to benefit directly from transfers of contributions from the public sector without going through the CNRPS in application of the law 47- 2017 of June 15, 2017.

This translated into a revenue stability of about 70 million dinars per month, added to the partial payments of the contributions collected by the CNSS on behalf of the CNAM which are experiencing progressive improvements.

Since November, the CNAM has begun to implement the decisions taken by the small cabinet meeting of November 6, 2017, making a monthly transfer of about 40 million dinars for hospitals and 23 million dinars for the Central pharmacy.

What do you think is the set of measures and reforms to put in place to redress the situation of the CNAM and revive the sector?

The current financial situation remains dependent on the implementation of the pension reform that will lead to a recovery of the balance of the funds, CNSS and CNRPS, which will allow them to honor their financial commitments to the CNAM.

The debts of the funds towards the CNAM for collected and not transferred contributions are of the order of 3300 million dinars to date.

The reform of the health insurance scheme is planned after the completion of the reforms of the pension plans.

Indeed, in 2016 and 2017, the health insurance plan achieved a financial equilibrium that will serve as a solid basis for initiating a reform adapted to the aspirations and expectations of the social insured and the various stakeholders in the sector.

The CNAM has huge debts with the Central Pharmacy, can you enlighten us on that?

Have the social contributions introduced in the framework of the 2018 budget law led to the expected results?

We do not have any figures at the moment.