UN sticks its nose into Finance Law! What next! 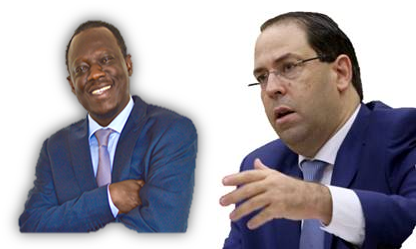 United Nations Special Rapporteur on Rights to Freedom of Peaceful Assembly and of Association Clément Nyaletsossi Voule is making an official visit to Tunisia from September 17 to 28.

“My goal is to identify the progress made since the 2011 revolution in exercise of the freedoms of peaceful assembly and of association and the challenges faced in order to guarantee the full enjoyment of these rights by the Tunisian people, “said Special Rapporteur Clément Voule.

The UN official added that “a number of issues will be discussed [Editor’s note: during this meeting organized on the Tunisian initiative, the UN office in Tunis told AfricanManager], such as the 2018 finance law that had sparked this year’s January events.

In addition, the draft law on the national business register and the decree-law 88-2011, which governs associations in Tunisia, will also be central points of the visit “.

This is a world first. We have not yet seen, according to our journalistic knowledge, the UN institution sticks its nose into the budget laws even of the poorest or the most dependent of African countries and even less of Asia or Europe!

Why should not Clement Nyaletsossi Voule now sit on the Council of Ministers, get an office at the Ministry of Finance or even sit in the parliament, to ensure that the next finance law does not disrupt free exercise of freedoms of some Tunisians, dissatisfied with everything, who do not work and do not let others work?

Does this other freedom not interest the United Nations, whose other institutions (IMF and World Bank) are financing a country where some people are using and abusing certain freedoms to seriously jeopardize their chances of economic recovery and of overcoming the serious financial crisis, so that the IMF and the WB can appropriately recover their credits without jeopardizing their independence as in 1881? Is not this an outright interventionism in the freedom of the government to take the necessary measures for the development of the country’s economy?

Will Clément Nyaletsossi note in his next report that everyone’s freedom ends where others’ begins? Will he speak of the right to strike used for a few years by the Nobel Peace Prize-winning labor organization to prevent Tunisia’s political and economic transition as well? The international evidence of this slippage is however numerous.

Will he pay heed when he meets, perhaps, Noureddine Taboubi and his UGTT who had done everything to eliminate the right to work in the Constitution and even to regulate the right

to strike, so that it does not become the instrument of economic destruction that it is now in Tunisia?

Will Voule go to speak to associations for the defense of freedoms that were mistaken in taking the side of terrorists, freed after the revolution and that were quickly found behind other terrorist acts after the revolution too? Will he speak to these other associations of defense of whatever and their liberties to recruit young people for all the hotbeds of tension of the world? That too is a freedom.

Would Voule defend them, while his UN sees every day the bloody damage of these associations in the flesh and on the freedom of the people of the Sahel and even in neighboring Libya? Had the United Nations not applauded the American and French intervention in Libya and the damage it has suffered and is still suffering in Tunisia where it comes to control the proper exercise of freedoms? Would he also control the proper application of these freedoms and would he mention them in his report?

Tunisia: BCT expects current account deficit of around 10% of GDP...

Tunisia, member of COMESA, could not have started a better way