HomeNewsTunisia: 40% of German companies in Tunisia have increased their turnover
News

Tunisia: 40% of German companies in Tunisia have increased their turnover 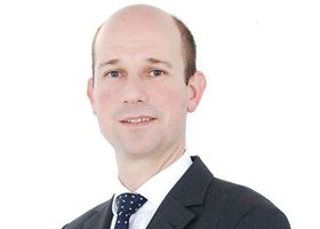 Martin Henkelmann Director-General of the Tunisian-German Chamber of Commerce and Industry (AHK) said 40% of the German companies in Tunisia have increased their turnover during the post-revolution period, despite the difficult situation faced by the country.

Henkelmann, who referred to a survey conducted by AHK, said Tunisia has several gains to attract foreign investment, including mainly its proximity to Europe, the multiplicity of tax benefits and the country’s competitive production costs.

Speaking at the 2nd Tunisian-German economic forum organised Thursday in Tunis, Henkelmann called on Tunisia to remedy some handicaps including the rigidity of the Tunisian administration and poor workers’ productivity.

AHK DG said the new challenges Tunisia must meet, mainly, include raising the awareness of new political leaders about the economic issue and intensification of co-operation with many partners.

Khalil Laabidi, Director-General of the Foreign Investment Promotion Agency (FIPA) said Tunisia ranks 68th out of 135 countries in attraction of foreign direct investment (FDI) and 74th out of 189 countries in the business climate.

“Today, some 3,220 foreign companies based in Tunisia operate to the tune of 52% in manufacturing industries, which provide 350,000 jobs, with a foreign investment amount of 20,000 million dinars”, he noted.

Laabidi reported a 19% increase in foreign investment in 2015 compared with 2014, due mainly to expansion investments.

Tunisia is expects to see a car manufacturer settle in the country in 2016, knowing that the sector of mechanical and electrical industries is the first exporter in Tunisia and 2nd in terms of production in Africa.

Germany is the 3rd investor and customer of Tunisia. 93% of German companies out of the overall 250 companies based in Tunisia operate in the sector of manufacturing industries.

Some 200 investors, including 40 German businessmen participate in the forum organised by the Tunisian Confederation of Industry, Trade and Handicrafts (UTICA), in association with the Euro-Mediterranean Arab Association for Co-operation and Development (EMA) and FIPA.

Tunisia: Poulina Group increases its stake in SITS capital to 34.6%

Tunisia: 2016 Finance Act provides for cut in budget allocated to...