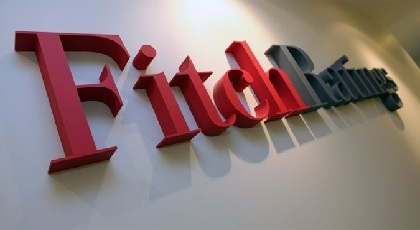 The country ranks well within the ‘BB’ rating category on structural features such as development and governance indicators. GDP per capita and human development index are in line with peers, while financial depth and ease of doing business indicators compare favourably with peer medians. Political risk remains high in the country. The two terrorist attacks in Tunis and Sousse in 2015 highlight the challenges to security. The crackdown on security and the continuing social unrest may test the coalition government’s unity but Fitch assesses that political consensus building has proven to be effective since the revolution and will likely support political stability in this difficult environment.

Macroeconomic performance has been lacklustre since the revolution early 2011, compared with both historical standards and peers, with real GDP growth decelerating while inflation has jumped above peers.

While inflation is progressively cooling this year (to an expected 4.7% on average), economic growth will slow down to below 1% as the terrorist attacks in 1H15 will affect tourism and transport (which together account for 12% of GDP).

Beyond 2015, the persistency of the negative growth shock induced by terrorism remains uncertain. Unless the growth rate increases, the government will find it difficult to address social pressures.

Fitch forecasts the budget deficit will be below 5% of GDP in 2015, in line with the initial budget despite the fall in fiscal receipts induced by weaker growth.

It said it expects low international oil prices will help save on the subsidy bill and investment spending will again be squeezed. Although public debt is higher and increasingly diverging from peers, with a projected rise to 52.3% of GDP by end-2015, its maturity and cost structure remains favourable thanks to the heavy support provided by official creditors since the revolution.

The ratings agency also expects this support will continue covering a large part of the country’s large external financing needs in the coming years (e.g. through a renewal of IMF’s SBA), which represents a clear support to the rating.

External finances remain a key rating weakness. Despite the large drop in international oil prices, Fitch expects the current account deficit (CAD) will only marginally improve in 2015 to 8.5% of GDP (2014: 8.8%) due to the decline in oil production, weak light manufacturing exports to the EU and the expected 30% drop in tourism receipts.

This will push net external debt to an expected 42.4% of GDP by end-2015, well above its rating peers’ median of 7%. This will continue exerting pressure on international reserves, which we expect will only cover three months of current external payments at year-end.

The authorities have started tackling the restructuring of the three public banks as their weak solvency is a rating weakness.

After several delays, recapitalisation of the two largest banks has been achieved and will cost approximately 1% of GDP to the state, and their governance structure has been reshaped.

Given that NPLs account for 23.9% of gross loans in public banks (due to the massive impairments in the tourism industry), their restructuring will be a lengthy process despite the recent rise in provisioning, all the more so if the project to create an asset management company is cancelled. Further recapitalisation needs can therefore not be ruled out.

Other structural reforms aimed at improving the business environment have been delayed due to the focus on defence and security, but an automatic adjustment formula for the oil price could be adopted in late 2015, which would alleviate uncertainty on the subsidy cost for the budget.

The Stable Outlook reflects Fitch’s view that upside and downside risks to the ratings are currently balanced. The main factors that could, individually or collectively, lead to negative rating action, are:

– Political destabilisation of the country stemming from terrorist risk or from social unrest.

The main factors that could, individually or collectively, lead to positive rating action are:

– Increased growth prospects, for example related to structural improvements in the business environment and/or the security situation.

Fitch assumes that Brent crude will average USD55 and USD60 per barrel in 2015 and 2016 respectively, therefore alleviating pressures on the CAD and subsidy envelope. Fitch assumes that official lenders will remain supportive of the country in coming years.