HomeNewsTunisia: 4C Discovery Days to be launched in fifteen universities on February...
News

Tunisia: 4C Discovery Days to be launched in fifteen universities on February 1 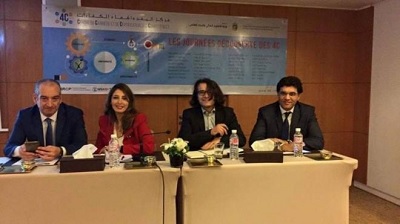 A national information and awareness-raising tour on the creation of 4C (Career and Certification Competence Centers) in academic institutions will start on February 1 at the City of Sciences in Tunis.

These 4C Discovery Days will take place in 15 regions during the months of February and March and will be aimed at students, teachers and socio-economic actors in each region.

At a press briefing held on Thursday in Tunis to announce the launch of the tour, Amira Guermazi, advisor to the Minister of Higher Education and Scientific Research, pointed out that the 4Cs, numbering 36 centers across the country are part of the USAID-funded Business Reform & Competitiveness Project (BRCP) project aimed at promoting employability in Tunisia.

“4C in schools has a mission to improve the employability of students,” she said, adding that “these centers represent the link between the university and the socio-economic environment and provide services Counseling and support for students in their professional integration and certification of skills through training workshops (Job search techniques, soft skills and entrepreneurship) through career days, organized in collaboration with the socio-economic actors “.

Iskander Ben Mustapha, director of the BRCP project, pointed out that the 4Cs are centers of support for young graduates to prepare them for the job market.

“Within these 4Cs, there are certified career counselors who accompany the student in the preparation of his CV and job interview so that he can easily integrate into the labor market,” he said.

The objective is to expand the 4Cs in all higher education institutions in Tunisia and reach 200 4C by 2020, “he added.

Concerning BRCP, the speaker indicated that it is a project launched from 2014 and running until April 2017 with a five-year extension announced by the US government from 2017.

“ECON4Tunisia” can save the country, an opportunity for candidates