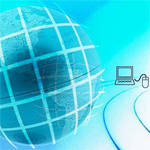 The coding standards are known to the general public through the bar code on the occasion of purchases, particularly in supermarkets. However, it is an essential activity aiming to support companies in their growth and access to foreign markets.

GS1 Tunisia aims to perform this mission, and even to promote e-business or e-commerce, which is slow to find its place in Tunisia commercial and economic fabric despite strong incentive mechanisms set up . We may  wonder if  it is not time  to bring business, and as a first step, those dealing with the state to do so through electronic commerce, urging law-makers to turn mandatory  transactions between  public sector and contractors.

The Tunisian Global Standards Company GS1  ranks as a centre feature in the GS  processes in addition to  support provided  to businesses in adopting and using coding standards. Its General manager, Karim Gharbi who launched Trade Net is probably the one we rely on to give global standards the  status that must be its own with view of the very significant progress made by the sector worldwide .

The structure tasked to carry out this mission has already set up in Tunisia the most prevalent coding systems throughout the world, namely GS1 standards involved in up to 90% of the global economy through more than 6,000 Billion transactions per day.

GS  unfold at all levels, that of the bar code  for the handling of  goods in terms of inventory while getting out from  production sites to be delivered to buyers, then that of the entire logistics chain and finally ,as is perceived by ordinary people, at supermarket checkout .

The other level is the intermediate one which includes packaging, goods traceability that helps check where items come from and to whom they are destined  and what it is their content. The most recent case in this respect is that of Chinese contaminated milk.

GS1 Tunisia General Manager noted that the ultimate aim is to equip the entire supply chain with all the tools of fluidity. The codes are also used to feed the electronic documents so that they have a common set of standards in order to facilitate their handling as well as the transaction itself. This is a great contribution to e- commerce, to business-to-business that accounts for 90% of e-commerce This is regarded as a driving force  for growth and competitiveness of companies especially the largest ones, deeply  involved in automation in terms of  production that have extended this practice to other processes, including those linking them with  orders parties and other partners.

That is roughly the environment in which GS1 Tunisia operates and its role is to promote GS1 standards within enterprises. In this regard, GS1 Tunisia has committed itself in a upgrading process in order to expand its business and be closer to companies by providing turnkey solutions through supporting businesses in adopting and making full use of standards and implementing traceability solutions in electronic commerce. In so doing, GS1 Tunisia is an essential structure between the Tunisian and trading groups as well as orders parties as it helps them position themselves on the international market.

Regarding the dissemination of electronic commerce in Tunisia, Karim Gharbi notes that e-business is slow to take off in enterprises despite efforts made by the State which has established an enabling environment including legal framework, incentives, infrastructure, pricing…. Unfortunately, he adds, the practice is lacking except for Internet access through mails and search. However, as far as e-commerce is concerned, figures refer to two or three categories of activities involved which, moreover, are marginalized from companies’ development activities, being restricted, for example, to selling tickets online or paying bills.

He explained this situation by “a problem of culture and accompanying. GS1 Tunisia, for its part, is involved in electronic commerce as a structure devised to accompany and disseminate standards. And it the responsibility of institutional structures to provide the necessary means and mechanisms. Support efforts should be given clear objectives in line with international ones.  General manager mentioned the case of France where  employers are primarily involved in electronic commerce, and not the state whose goal is not to  upgrade businesses, which are requested to carry out their own  upgrading process. Employers must outline strategies by signing, as is the case in many countries, agreements and conventions with GS1 and others to develop programs and mobilize expertise.

Karim Gharbi pointed out that   companies themselves are not involved in e-commerce  as evidenced during the seminar  held recently and where very few companies were present. The need for e-business is not well understood. An institutional program could help companies further integrate the process of electronic commerce and better understand the challenges of this approach.

Regarding the monopoly exerted by GS1 Tunisia in global standards sector, he recalled that the purpose of the company is to promote standards, and duplicating GS1 will not help expand e-commerce. We need to create other structures outside GS1, not for standards, but for support. This falls within the framework of Utica which is part of e-commerce activity as well as institutions that are involved in electronic commerce, he said.