Tunisia: all about the new draft investment code 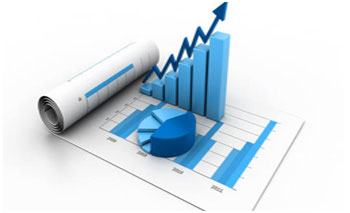 The draft of the new investment code that we have received copy of will revolve around several axes, namely: investment guarantees, access to markets, tax incentives and financial benefits, the creation of a national investment authority, regional development and integration, development of human resources, increasing value in all sectors …

The new features of the code will involve more precisely the establishment of guarantees for investors, particularly in arbitration and access to markets, automatic access to incentives, granting bonuses to investment based on the achievement of performance, maximum simplification of procedures, support of investors, encouraging local businesses to internationalize, in addition to the regular assessment of the performance of the code.

Similarly, the code aims to increase the private sector’s share in investment which is currently estimated at 62% in Tunisia against 70% in Egypt, 78% in Morocco and 80% in Turkey. The objective of this new code is to establish an investment policy to provide a macro-economic vision of the business climate in Tunisia.

Given tough economic times and a business climate increasingly threatened by an unprecedented social demand, businessmen demand more guarantees. Given the fact that private investment is risk-taking, a bet on the future as businessmen think, it requires certain guarantees.

They refer, in this respect, to security, stability, clear and precise political agenda and vision, independence of the judiciary and neutrality of the administration, in addition to the guarantee against legislative changes.

The new investment code should ensure fair and equitable treatment and respect for the principle of acquired rights. It also promises to simplify procedures and setting a time limit for processing requests with the obligation of the administration to explain the reasons for the decisions it takes.

It should be noted that the new draft investment code is prepared by a team including representatives of key ministries supported by the international accounting firm Ernst and Young for the project management. The World Bank is also involved in this project through its subsidiary, IFC which has provided technical assistance.

Tunisia: the “finance bulldozer” does not mince words!

Tunisia / rolling stock: priority now is for liberalization of the...

Tunisia: phosphate production stops in most sites of Gafsa