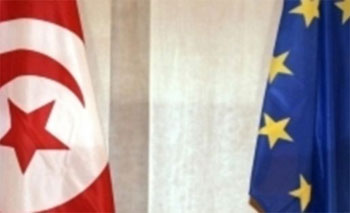 The deterioration of the situation in Tunisia marked by a political crisis that no end of which is in sight and the popular uprising in several regions of the country are certainly a source of concern to all Tunisian stakeholders but also to neighboring countries and even the European Union.

Indeed, the suspension of the National Dialogue and the rise of social unrest cause the concern to Tunisia’s strategic partner. This situation considered so serious pushed Laura Baeza, Ambassador, Head of the European Union Delegation (EU) to Tunisia to meet Thursday, November 28, with the quartet sponsoring the National Dialogue. She acted essentially to take stock of on efforts made to find a solution to the crisis that has hit the country since the assassination of Mohamed Brahmi, last July 25 and which repercussions would probably be negative on all sectors.

Accompanied by 17 ambassadors of the EU Member States represented in Tunisia, Laura Baeza also reviewed the conclusions adopted unanimously by the European Council last November 18, and which reflect, actually, the position of the 28 European governments regarding the current situation in Tunisia.

Despite the persistence of this crisis, which continues to be the subject of discussions, the EU has not failed to support the National Dialogue and the efforts of the Quartet, considering that the mediation of the latter serves the national interest Tunisia.

“We affirmed our support for efforts made within the National Dialogue. The EU called on all Tunisian political forces to reach a compromise that is inclusive and help the country overcome this quite critical phase in the political transition,” said Laura Baeza. She added that “the Council’s conclusions call on Tunisia to complete drafting the constitution while organizing free and fair elections that would yield a solid government for 4 or 5 years capable of resolving the socio -economic crisis.”

According to Laura Baeza, the EU continues its financial support to Tunisia despite the complexity of the situation. Moreover, the European Commission has decided to grant an additional € 55 million under grants already planned for Tunisia, within the framework of the “Spring” program.

Laura Baeza said, in this context, to be “able to release € 65 million before the end of 2013, under the European budget support. In the same process, another macro financial assistance of around €250 million is planned for early next year. ”

However, she noted in a statement to Africanmanager that before all this, the International Monetary Fund should analyze its program of loans to Tunisia.

For his part, Houcine Abassi, Secretary General of the UGTT has emphasized the urgency to resume the national dialogue and to achieve as soon as possible a national consensus to avoid a worsening political and economic situation in the country.

He also noted that the proliferation of events reflects a malaise due to the slowness in achieving the goals of the revolution, including the improvement of the social and economic situation of the country.

“The people can not longer and social movements in several regions are just the beginning and a simple warning to political actors,” he has added, stating that “the recent incidents point to a worse scheme for Tunisia. It is for this reason that it is time to consider the gravity of the situation in order to find appropriate solutions, and in the short time so as to avoid bad scenario because if the dialogue fails, Tunisia would undoubtedly face real dangers, he warned.

British Gas would file a complaint against the Tunisian government!