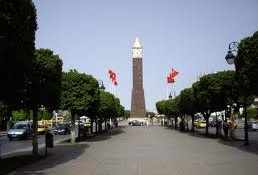 Tunisia came in seventh in a special ranking of countries with the best conditions to launch a startup, drafted by Seedstars World, a Swiss company of promotion and investment which publishes every year this ranking of 30 nations after carrying out a worldwide research.

The list is based on different criteria, including how easy it is to do business, income tax, as well as taxes in general and exemptions. Seedstars World, which discovers the best startups from emerging markets, in the part devoted to Tunisia cites among pluses the country’s strategic position, or its proximity to Europe, which represents a benefit for the development of common platforms as far as the employment with better possibilities for Tunisian citizens.

Another strong point is the technological park of El Ghazala, near the capital, where since 2012 a growing number of high-tech startups have been settling, also thanks to a government program of incentives.

Here is the ranking of the top 10 countries considered as ideal to launch a startup, according to Seedstars World:

Tunisia: SOTETEL increases its losses in H1 to 3.6 million dinars