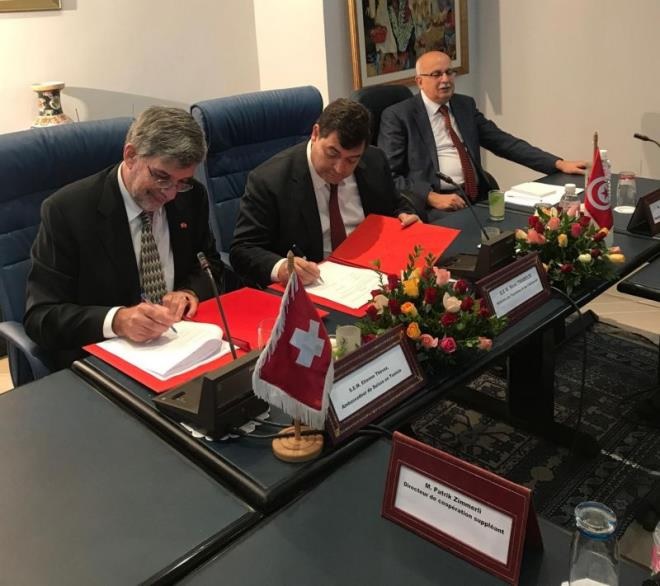 An agreement to implement and support a sustainable tourism project, South-East Destination “DES-SE” was signed on Wednesday by Minister of Tourism and Handicrafts René Trabelsi and Swiss Ambassador to Tunisia, Etienne Thévoz.

The project will be carried out in three different regions, Dahar, the island of Djerba

DES-SE project is carried out after the first project called “Destination Management Organisation » (DMO) which helped re-structure tourism operators in Dahar region from 2014 to 2019.

“Switzerland seeks to consolidate the results achieved through DMO and replicate the same experience on neighboring areas, including Djerba and Ksar Ghilane so as to diversify and decentralise Tunisia’s tourism,” said the same source.

At the national level, the project also seeks to offer new vocational training sessions on sustainable tourism so as to improve the quality of the tourism offer.

A large network of partners, including the Tourism and Handicrafts Ministry, Tunisia’s National Tourist Office (ONTT) as well as several regional and national professional federations will be involved, reads the same statement.

Tunisia: Our mission is to preserve the credibility of negotiations and...