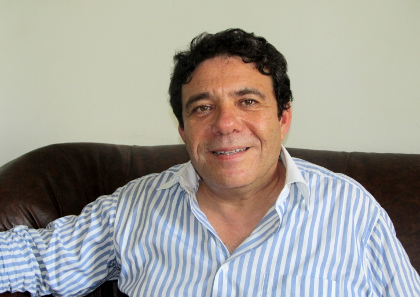 Will Tunisia initiate an economic recovery this year?

Similarly, the social movements experienced by the country during this latest period reflect the desperate state of the Tunisian people following rising unemployment, deteriorating living standards and lack of transitional and social justice.

It should be noted that although these social movements are legitimate, they have a negative impact on investment both internally and externally, engine of economic development.

All these require the mobilization of all political parties, professional organizations and civil society to face the challenges of employment and development away from narrow political, social and regional wrangling and in the interest of the country.

We also want 2016 to be the year of the effective start of reforms and the establishment of mechanisms to create jobs, boost investment and development and ensure, inter alia, a stable social, political and security climate.

Facing the economic and social crisis faced by Tunisia, what role will the law on the financial and economic reconciliation play?

The law on financial and economic reconciliation may have a key role in the national economy to the extent that it can restore the confidence of businessmen to invest again in the country and contribute to its development. This law will also bring citizens closer to the state institutions and therefore bail out the state coffers.

It should be noted, however, that the bill on economic and financial reconciliation as proposed by the government will in no way achieve the objectives mentioned in particular in the absence of mechanisms to expose abuses and social and economic excesses.

Reconciliation requires its integration into the system of transitional justice. The Tunisian Association of Business Law (ATDA) submitted a proposal for the amendment of the economic and financial reconciliation legislation to bring the country out of the crisis. Our goal is to allow the bill to be reactivated in order to overcome the economic crisis and subsequent social disruption and preserve the achievements of the Revolution.

The association’s proposal called for adopting the mechanisms of transitional justice to detect the truth and discover the violations and abuses in order to understand the system of corruption and dismantle it.

The implementation of a law of economic and financial reconciliation as proposed by the Presidency of the Republic and with the amendments proposed by our association such as the adoption of mechanisms regarding cases of financial corruption and abuse of public property will lead to an economic and financial reconciliation likely to encourage investment and restoring citizens’ confidence in state institutions.

What do you think of the recent cabinet reshuffle recently announced by the Prime Minister?

The most important thing is not the reshuffle in itself but rather a program to be implemented by the government. This program will be a priori that of the party that won the elections. In the case of a coalition government, the program is supposed to be agreed between the governing parties. The government must implement this program through a brave ministerial, bold and uncorrupted play. Unfortunately, we have not seen that in the government of Habib Essid which lacks clear programs and vision to solve the problems of unemployment, development and corruption.

The recent cabinet reshuffle has not come from a clear economic and social project. Some recently appointed ministers are tainted by corruption. That is why I doubt that this reshuffle will solve the economic crisis currently plaguing the country.

Some economic observers and experts believe Habib Essid has failed in his mission to develop a clear development plan? What do you think ?

We must not attribute responsibility for failure or success to the Prime Minister, since this is an independent personality and the choice of a development plan must be designed by         political parties and organizations which are expected to agree on a development plan that meets the principles and objectives of the Revolution.

Can we have an idea about the number of confiscated property especially as information are circulating on the bankruptcy of some companies?

The 2011 Decree Law on confiscation of property does not include the necessary measures capable of preserving the confiscated companies and ensure their continuity despite their key role in the national economy.

After being forfeited to the State, those companies have faced several financial and administrative difficulties, which weakened their competitive capacity to the point that several employment positions were lost. These companies also recorded a decrease in their sales and suffered very serious financial losses.

Some think that the state has confiscated some property and businesses abusively, what do you think?

This does not concern the state, but relates to the Decree Law on the confiscation which listed all those affected by the confiscation. The integration of some ministers of Ben Ali in the list of those affected by the confiscation is a form of abuse to the extent that the latter should not be deprived of the fruits of their labor for years for political reasons by excellence unless financial corruption, bribes or misappropriation of public money have been proven. For most of the ministers mentioned in the list of those involved in corruption, this, however, has not been proven.

Nigeria, Britain to double volume of trade before 2014