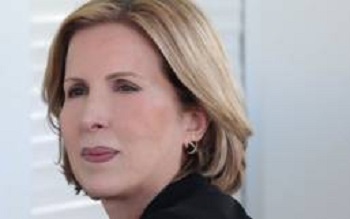 The end of January 2016 had not brought good news for tourism in Tunisia. Already devastated by the terrorist attacks of Bardo and Sousse, the sector bitterly suffered the decision by 3 largest TO to cancel trips to Tunisia destination until October.

Some observers and professionals were critical of the minister of tourism, as if riots in Kasserine depended on her or her department and as she did nothing to prevent what is emerging as a catastrophe for the whole tourist season 2016.

This is, especially because these TO had once cancelled trips to Tunisia in 2015 with the promise to return in March, the beginning of the period of Booking for the summer season.

However, the new decision by TO has jeopardized both the summer and late autumn seasons 2016. “This is not true,” Salma Rekik finally said on Thursday, February 4, 2016 in an interview with African Manager, before adding that “our first reaction was, immediately, to contact the concerned TO.

Indeed that contact did not start with their first decision to cancel trips and even become permanent ever since. The minister even said that “ONTT, for example, has appointed a dedicated contact for each major TO after the Bardo terrorist attack.”

– Security, a daily concern and continuous work with all stakeholders

Salma Rekik said she has “much worked with the embassies of countries affected by the terrorist operations in Bardo and Sousse and we also travelled to meet with families. Before things deteriorated and the announcement of travel bans on Tunisia which were primarily political, we invited these TO to Tunisia.

They met the Head of State and the Prime Minister. We regularly and continuously keep them informed of the developments in the security situation in Tunisia. Much has been done at the Ministry of Tourism on the issue of security which was the top priority.

At the headquarters of the same ministry, we had, among other actions, invited ambassadors of countries concerned, in the presence of representatives of the Interior Ministry, ONTT and the Ministry of Foreign Affairs, the official in charge of which dedicates 30% of his activity abroad to this issue. And the Minister to certify as to give further evidence of her action that “indeed today (note: Thursday, February 4, 2016), I met the ambassador of Great Britain.

Previously, I travelled, along with the Speaker of the House of People’s Representatives, to London to offer Tunisia’s condolences and explain the situation in our country to them.”

And when we draw attention to the fact that she was not received by the chief of the Foreign Office, she said “at that date, the Foreign Secretary, Philip Hammond was traveling. But we were received by the Minister at FCO in charge of the MENA region. Hammond had also met with the Prime Minister in Brussels.”

The approach adopted after all the fuss made by the Minister and the Tunisian authorities in general, according to Salma Rekik, would result in lifting the travel warning in a phased manner and by regions. This should have “begun by Djerba in December by a total lifting of the travel ban on Tunisia,” further emphasizes the Minister, prior to the occurrence of protests in Kasserine.

The tourism ministry seems to have learned about the decision to cancel trips to Tunisia, from the announcement of the state of emergency and have already contacted the relevant TO.

These would have promised to try to lift the measure before term, according to developments in the security situation in Tunisia.

– Minister active on two fronts, dealing with most pressing issues and preparing for the future

Meanwhile, the ministry is trying to change its stand, trying to save what can be saved on traditional markets and move into new markets.

The ministry has focused more recently on measures to support tourism through air transport to avoid selling off the Tunisia destination.

“There is a threshold below which we can not descend to avoid a drop in quality,” says Salma Rekik, adding that “to remain on the market, we must support the transportation sector and we have to work on other markets outside the classical”.

She cites in this regard the Algerian market to develop, the Russian which “requires support at air level and a specific communication policy and joint advertising with Russian TO on Tunisia and which we are intensifying,” the Ukrainian market and the Nordic countries deemed “important” by the minister, and the African market, “buoyant at the medical level,” she said.

This issue should be on the agenda of the next Tunisian-Cameroonian joint committee that the Minister should chair in Yaounde shortly. To do this, the Minister also mentioned a “redeployment based on new priorities” in Tunisian tourist offices abroad.

She also announced a new communication policy and new commercials, “different from traditional advertising, which tell a story about Tunisia and in several languages, on media such as TV, radio and in digital depending on the market.”

With all this, “2016 may be a difficult year,” finally admitted the Tunisian tourism minister, adding that it is very early to make accurate forecasts.

“Our priority is security. In this regard we have established, in collaboration with the Ministry of Interior and German experts, security frameworks compliant with international standards.

The implementation of this system is now mandatory for all tourist facilities along with the norms of civil protection, affirms Salma Rekik who does not forget securing airports and sightseeing tours.

Tunisia: overnight MMR falls to its lowest level since March 2018