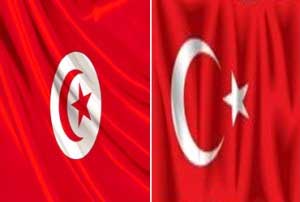 Tunisia was the biggest recipient of aids from the Turkish Cooperation and Coordination Agency (TIKA) projects worth $44.7 million last year, more than double that spent on any other nation, the agency said in its annual report.

The agency, a department of the office of the prime minister, spent $22.3 million in Somalia, $17.1 million dollars in Afghanistan, $14.5 million in Chad, $12.7 million in Macedonia and $11.6 million in Kyrgyzstan.

Across Africa, TIKA spent $102.7 million on projects, $47.1 million in south and central Asia and $45.5 million in southeast Europe. Most projects were focused on social infrastructure and the service sector, amounting to $140.9 million.

Tunisia: 90 young people to be trained in development of Business...