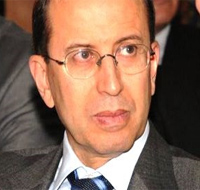 Hichem Elloumi, Vice President of the Tunisian Confederation of Industry, Trade and Handicrafts (UTICA) called on stakeholders, including the Tunisian General Labor Union (UGTT) to show more awareness and act responsibly in order to overcome the current stage marked by a deep crisis and the rise social discontent. This could only be done through dialogue.

How do you assess the current economic situation?

All economic actors are aware of the investment climate. We already know that the economic indicators that are not positive. There is also a decline in investment, though the private sector continues to maintain the same pace since the revolution.

According to figures, 60% of the investment came from the private sector while foreign investments account for only 10%.

Faced with this climate, we are still waiting for the approval of several reform projects, including the investment code. In this context, the government is expected to enact it as soon as possible.

This new code, in my opinion, should be more attractive than the last one. Add to that the adoption of the PPP (public-private-partnership) law.

It is essential to build on positive factors, seeing that the country is facing several negative indices and wild movements.

This step is important in order to better contribute to the achievement of the fixed objectives such as promoting investment and regional development.

What is the reaction of UTICA regarding the recent campaign “winou el pétrole? »?

It is a negative indicator and the campaign “winou el pétrole” (where is the oil), having invaded social networks, seeks to affect the employers’ organization. But this is unacceptable especially since this kind of campaign would only affect negatively our economy.

I note that the interest is focused on this area, why no one has ever dared to ask for example this question: “where is the phosphate?” Knowing that Tunisia has lost billions due to the proliferation of protests.

Still, UTICA calls for the opening of files in this area, provided that there are cases of corruption. I think it is the role of all actors who must speak and take a clear position to avoid any controversy.

What, according to you, are the parties behind this campaign?

One can not mention any names because there are political affairs and UTICA is not involved in this process.

However, it is estimated that these parties are working to create chaos and harm our economy.

There is concern to promote investment while some regions are in turmoil. Is it an easy equation?

Social peace or social truce remains one of the main factors that would overcome this stage and subsequently to achieve the goals, starting with the encouragement of investors to settle in Tunisia.

In this respect, I think the UGTT should be aware of the importance of meeting this challenge. This could be done through the resort to dialogue between social partners.

Is there any dialogue between you and the labor organization, knowing that the review by the parliament of PPP has fueled controversy?

Each organization has its own evaluation and its own proposals. There are certainly some disagreements on certain issues, but this program will surely encourage investment in infrastructure. This program will be an opportunity to ensure more efficiency in certain services whose impact would be positive on the state budget.