HomeInterviewTunisia: ''coaching program for SMEs is essential to stop the bleeding'' says...
Interview 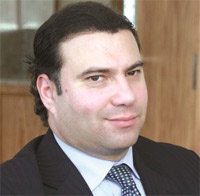 Moez Joudi, president of the Tunisian Association of Governance (ATG) and economic and financial expert, takes stock of the economic situation and offers solutions. He also emphasizes the importance of probing the ins and outs of the confiscation management.

How do you assess the economic situation in Tunisia?

The economic situation is difficult today and requires a consequent response and the implementation of a rescue plan for the national economy. Indeed, what is worrying today is that the fundamentals are affected! When you have a trade balance in chronic deficit (more than 6 billion dinars of deficit), when you have a deficit in the current account balance which has reached 7% of GDP, when you have a budget deficit of more than 6.6% and when you have an inflation rate that has exceeded 5% for the whole year, we can only be worried about these cumulative deficits strongly crippling the proper functioning of the national economy! At the same time, the growth rate, though it reaches 3% in 2012, will in no case be sufficient enough to overcome the shortcomings and deficits! It will not be enough either to absorb part of the unemployed! In 2012, there will be a small recovery of jobs lost in 2011! There is an emergency, therefore, and what worries me the most is the lack of responsiveness on the part of the current government, in addition to the still tense political and security situation, which is not conducive to strong recovery.

Yet shortcomings to highlight, especially at the level of government performance, strongly criticized by all analysts and observers?

The government is desperately missing skills but also experience, perspective and vision! It cannot properly diagnose the situation or to inspire confidence at the national and international levels, it is not reassuring and does not make proposals! We have the impression that everything is managed with political considerations and on the basis of cramped interests, and this process is really harmful and debilitating for the smooth running of the country!

As an expert in economics, what should be done to deal with this situation and especially to regain the trust of investors still reluctant to invest. I would like to stress here that 600 investors have left the country in recent times because of the tough economic events?

Solutions are political before being economic! Firstly, we need more visibility for the next period! A clear roadmap should be formalized in order to remove ambiguity and to reassure operators! The security situation must be made reliable and consolidated! Stability and safety are the basis of all economic development! Then, a deep reshuffle of the government has to be made with a refocus on the composition and its orientation towards more skills and qualifications. A strong signal is needed at this level to reassure our partners! Then we will be able to work on a rescue plan involving all stakeholders and social partners who must work together to better adhere to this plan! The priorities of this plan may be the reversal of deficits and a stop and go fiscal policy that alternates rigor and recovery! A coaching program for SMEs is also essential to stop the bleeding and save the drivers of the national economy! Structural reforms should be undertaken urgently! They will involve investment, taxation, public procurement and banking. A thorough reform of higher education and training is also essential to stop producing unemployed people in this country! In parallel, a deep reflection should be undertaken to achieve a redesign of the economic development model of Tunisia! In this context, I recommend the SOTEM (Solar Technology Medical), based on a logic of comparative advantages and concentration of investments in sectors with high added value!

With regard to confiscation, Tunisia has estimated at $ 13 billion the assets and property confiscated from the family of former President Zine El Abidine Ben Ali and his party, the Constitutional Democratic Rally (RCD). The estimated confiscated property involves real estate, companies, cars and land titles. What do you think?

This case was handled in an absurd way! Too irresponsible actions, conflicts of interest, nonsense and impertinence! An investigation should be initiated on the ins and outs of the management of this file which is disastrous at all levels, in my opinion, and I weigh my words!

Many controversies affect also the subject of property confiscated and some criticize the lack of transparency in dealing with this subject. Can you give us clarification?

There is total and open lack of strict minimum transparency: just one example to illustrate this point: When the Auditor of an expropriated large firm is himself in charge of the evaluation of the same company we can only ask questions about the reliability and transparency of procedures for these cases? The basic rules are not followed especially in the tendering and evaluation work! I also regret that a pretty well known and quite famous personality in the world of business in Tunisia, be tasked at the same time with several divergent responsibilities in this matter likely to lead to obvious conflicts of interest that impair the confidence and serenity necessary for such missions!

Tunisia : 150 thousand tons of olive oil for this season

The Republic of Congo, Gabon and Madagascar sign the United Nations...