HomeInterviewTunisia: company being set up to be responsible for mutual insurance corporations,
Interview

Tunisia: company being set up to be responsible for mutual insurance corporations, 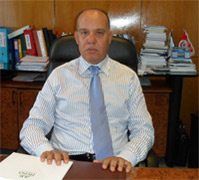 Kamel Chibani, Managing Director of the Tunisian Federation of Insurance Companies (FTUSA) provides an overview of the sector and shows optimism about its evolution. He announced the establishment of a program contract, considered useful to meet the challenge.

How is the situation of the Tunisian insurance sector in the era of changes?

The year 2011 was difficult for insurance companies. They compensated companies that were affected during the events of the Revolution (fire, looting etc.)… What can be said is that companies have honored their commitments, compensating more than 80% of these companies that have insurance coverage.

Unfortunately, there was also a deficit at the level of insurance coverage for businesses, i.e. companies having all the resources (significant capital and revenue, strategic location at the national level etc..) which have until now failed to give due importance to the act of risk cover.

Second observation, it was noted that there is an under insurance since insurance is a voluntary act based on declaration. Unfortunately, there is not an update of insured values. So we insure values ​​and capital of one million dinars.

With regard to the positive side, there is a significant reaction on the part of industrial businesses, SMEs & SMIs which have realized the need to cover their production facilities and equipment. Concerning individuals, it was found that with the increase in acts of robbery, Tunisians seek cover. This is why they are now offered a contract with a multiple discount. The premium for this type of risk is estimated at 120 TD/year. This is an advantage for companies and we intend to work on it. Besides, 3 or 4 insurance companies are increasing efforts to highlight the usefulness of multiple contract.

The financial soundness of insurance companies needs also to be highlighted. If we were in a different context and in another market, be sure that 3 or 4 companies would have quickly disappeared, given the intensity of the disaster and the importance of the damage.

Fortunately, our companies have been able to implement plans of reinsurance, knowing that in every act of direct insurance, there are one or more re-insurers and we can say that international solidarity has supported the Tunisian market, which is considered a promising market. That is why we believe that in a few years there will be a consolidated market that will be a landmark in the economic history of the country, given its role in financing the economy.

How does the insurance sector participate in the financing of the Tunisian economy and are there any constraints that hinder it?

The volume of financing the national economy reached 2,500 billion dinars. We are here to support the efforts of the state.

Can you give us more details on the performance of the sector in the first quarter?

We can not give figures, but I can say that the insurance sector is closely linked to economic development. If a growth rate of 3% is achieved, be sure that insurance companies will do better and we will achieve a rate of 3 or 4%. Also, if the GDP will reach 6%, we realize a higher rate.

Have you thought of a new strategy that can promote this market and better contribute to the financing of the economy?

After the circumstances experienced by the country, it was in fact said that the time for reflection on the sector’s prospects has come. Soon, we will launch a consultation as well.

The goal is to set concrete goals to reach by 2016 to achieve greater convergence with the expectations of the insured, as well as future national and international regulatory and economic changes.

The consultation also seeks to identify the strengths of competitiveness and productivity of the sector, allowing it to work on an equal footing with international companies while laying down the responsibilities of different stakeholders and operators in the sector. This consultation should also meet the various shortcomings impeding the proper functioning of the sector and within the framework of a program contract.

Tell us about life insurance. Its market share is according to our information limited to around 10% of global emissions in the insurance sector. A ridiculous rate, compared with a global average of about 60%, something which deprives the country of long-term savings needed to finance the economy. A long way to go?

Life insurance is a problem that affects not only Tunisia but also all developing countries.
It should be noted is that life insurance was developed in the countries where the income of the inhabitants is very high like Switzerland, Japan or the United States. It can be said that in Tunisia, the achievements made in this field so far, are positive.
Currently, there is a company being set up to be responsible for mutual insurance corporations. With the creation of this institution with an average production and marketing and if companies are able to provide products others than the classic one, it is certain that there will be a potential demand and growth will be made.

Some experts believe that insurance companies are run by managers seconded from the Ministry of Finance. According to them, the lack of control of the ministry leaves the field open to insurance companies to impose their conditions on clients. What do you think?

Above all, we already know the experts working in this sector. We must return to the history with the creation of the Institute of Finance and Development in 1981, the goal was to train senior executives for the insurance and the banking sectors. Our leaders and executives are from this institute. This generation took over from executives, knowing that their market has experienced a considerable aging in its executives.  There was a massive retirement of executives who run the industry. In 1990, new executives came to the insurance business and the market became under the control of the General Committee of Insurance (GCI). The first managers who run businesses have adequate training and an experience of at least twenty years in the management of insurance companies.

Returning to the question of control is exercised by the General Committee of Insurance, which is the equivalent of the central bank for banks. Insurance companies, according to the regulations, are required to submit regular financial statements and statistics relating to their activities as in the case of investments. Therefore, the State shall ensure that this activity is controlled. There are the GCI and auditors who monitor and an actuary who validates financial statements in order to preserve the companies.

What are your wishes for the rest of the year?

Our most heartfelt wish is the establishment of the famous contract program through which we can move faster. And also with the political changes experienced by the country, there will be an opportunity to encourage people to invest in the future, that is to say, to be protected against more risks. Many insurers are now interested children in with tuition savings plans. We should think about retirement because it will become an absolute necessity, seeing the financial situation of pension funds.

The responsibility falls on the sector which should play the role of a financier and better contribute to the national economy, to overcome this situation of turbulence. I am optimistic in the sense that history has shown that stability resumes a day.