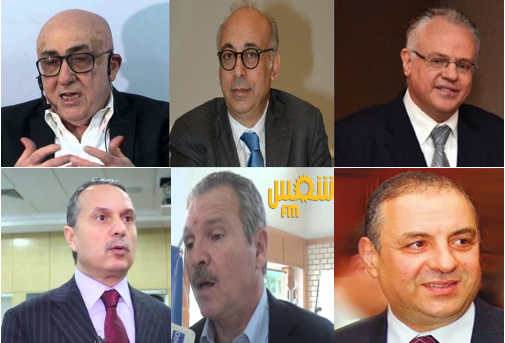 The plan for the sale of confiscated businesses is accelerating to allow the State to collect the at least 500 MD counted in the state budget for the 2018 financial year.

After the sale of 19 properties and companies, Al Karama has already entered the next stage. Two agricultural companies, “Zitouna Filahya 1 & 2”, have already been sold and 11 other assignments are in progress where each process takes 10 to 12 months to complete.

Al Karama is currently in the final phase of selling 5 to 6 confiscated companies, in the intermediate phase for 6 others and in the start phase for the rest.

These companies are in the last stages. This means the preparatory work carried out by the merchant bank, the identification of the investors who will go through the screening, to avoid the risk of money laundering or links with confiscated persons, the public announcement of this list of ‘pre-qualified investors who will have access to the Data-Room and waiting for the final offers folded to be delivered in person.

The process for these companies will be definitively closed by September 2018. The sale to the best bid, for an amount that must necessarily be higher than the valuation that will remain secret until the opening day of the bids, will only become effective, however, after final agreement of the national confiscated property management commission which is chaired by the Prime Minister himself.

Al Karama, now a real market place, by block share transactions, has developed performance measures whose first indicator is the number of investors really interested and seems to have succeeded in the light of the number of contenders for the two best sales.

And in recent years, businessmen, Tunisians and foreigners, show high interest for the confiscated companies.

For Carthage Cement, Al Karama has received five. This is, as already announced since April, the Moroccan Ominum, two Spanish cement companies (Cementos Portland and Cemolins), two Portuguese Secil and Cimento with the cement plants of Gabes in a single consortium and Maltese Eurocem.

There was information that the company acting on behalf of the state could be accompanied by a Tunisian businessman previously known in the automotive sector. Contacted by Africanmanager, the latter categorically denied.

With the Tunisian state, the businessman, Lazhar Sta, will also sell all his shares in Carthage Cement, although not concerned by the confiscation but in a process of consolidating the sale of the shares of the State.

According to sources close to the case, this number of suitors indicates a growing interest of investors for this contract for the sale of confiscated companies and a confidence in the Al Karama system by the transparent and well applied regulations and the procedures developed to carry out each operation. That contract will prove to be one of the means of stimulating investment in companies, perhaps poorly acquired, but well designed, well positioned in their markets and well run.

In the case of Carthage Cement, it is important to note that the initial project included a set of other complementary projects, including cardboard packaging and optimization of energy consumption by alternative fuel, not forgetting the project of special cements, making it one of the best production tools in the Mediterranean basin.

We also believe that all investors interested in CC say a lot about it and develop a strategic regional vision to supply even Africa with clinker and cement and prepare for the reopening of the Libya reconstruction contract.

For the deal on Zitouna Bank, Al Karama received 7 very interested bidders. It is worth noting that it has invested heavily in recent years, employing strategy and integration and IT firms, to become the bank that no less than 7 groups and consortia covet.

There is ATB Bank as a leader that would act on behalf of its parent company, or could use its reference shareholders to better position itself in the Islamic finance market outright through a subsidiary and otherwise only through a simple window or Islamic finance window.

Among the shortlisted, there is also the group of Fethi Neifar, owner of the company Super Mousse, and already shareholder in Carthage Cement, without forgetting the company Majda already present through the Cigale hotel and which had bought the Dar Naouar hotel.

No less than 3 Moroccans (BCP, CIH and CDG) are also shortlisted and which feed African ambitions in an expansion strategy that goes beyond Tunisia.

There is also a consortium, led by Swicorp through the company “Alfa Lux” and the company “Amana Sarl” whose manager is Nabil Triki (other than the businessman from Sfax) who works at the Swincorp group, the Moulin Holding company owned by the businessman from Sfax, Nabil Triki and who already owns 21% of the Zitouna, the Kuwaiti CTKD and a small Malaysian bank, the Rusd Investment Bank, as technical partner.

It is a long and interesting list of contenders that will certainly stir up the competition for the acquisition of Zitouna Bank and its Takaful insurance.

It should be noted that the founder group of the bank has evolved a lot. Thus, the Chaïbi group is no longer part of the shareholders of Zitouna, just like the IsDB, which had already sold its 21% to the group of Nabil Triki at the price of 4.1 TD the share i.e. a total of 100 MD; Kais Mokhtar’s group has entered it and Poulina will stay there, even if only with a small percentage.

The purchase price of IsDB shares will thus become a kind of floor price below which the sale price of the 69% of the Tunisian state cannot fall. That transaction had at the time delighted the Al Karama.

It should also be noted that this sale must, after the opening of bids and the choice of the best bidder, have the agreement of the BCT which is the regulatory authority.

The acquisition deal for these two financial institutions will not be closed until the approval given by the BCT and the CGA that will judge the technical ability of investors to manage these two companies according to criteria complementary to those of Al Karama.

For the STTG, Al Karama received two investors interested in taking over the hotel Le Palace.

There is increased interest, despite the obligation to invest some other € 15 million for the implementation of this important hotel unit in accordance with Hilton standards. These are the real estate and tourism branch of the Poulina group, in addition to the French Alliance group where there are already Tunisian investors and which is present locally in the hotel industry and golf.

There are also two investors that are interested in Shems FM. They are the Bayahi group through the group’s investment company, the CFI, and the group of businessman Aziz Zouhir through his company Proserv.

In the field of the media too, Dar Assabah interests the consortium Sanimed, Sotemail and Somocer of Lotfi Abdennadher, Raouf Cheikhrouhou who was one of the owners and the company Tunisia Assistance.

In the case of these two media, HAICA has had its say and has given its approval for the selection of shortlisted.

Before the end of the year, it will be the turn of 100% of the concession company of Ford which is the company “Alfa-Ford”, the company “The Farm” in Utique on the road of Bizerte, former property of Belhassen Trabelsi which is a farm covering more than 150 hectares of fruit trees and cereals, hilly and including two lakes for watering, cold rooms and even a small processing unit in fruit juice of the property.

Then come Plastec Technologie, which manages two companies in Sidi Bou Said, 30% of the company Adwya which is listed on the stock exchange and a block of 50% of three companies made in joint venture.

They are “Newrest Tunisia” which has scored successes in the catering sector despite the limitations that were made in the southern region of Tunisia in the name of positive discrimination, communication agency “Havas Tunisia” which was slightly in deficit in 2017 and “Jet Multimédia”, in bullish profit and which innovates even in the field of Internet gaming.

Tunisia to import 4 million liters of milk from Turkey