Tunisia: could Omar Behi do better? Not so sure! 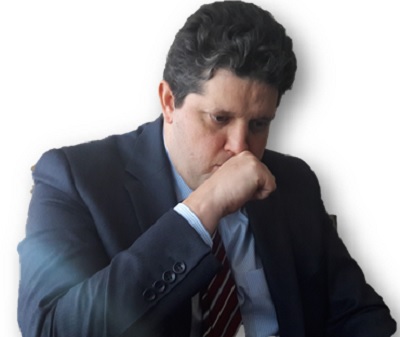 With each new worsening of the trade deficit, there are new calls in Tunisia from “experts” and politicians, asking the Minister of Commerce, Omar Behi, to crack down by squeezing the list of products imported by Tunisia.

Prior to this, and in cooperation with the BCT, a list of 604 customs nomenclatures declared “personae non gratæ” was drawn up in October 2017.

The same month, the BCT issued a circular instructing not to proceed to the opening of a letter of Credit (LC) for the import of certain products unless the importer covers its LC by a guarantee from its own funds.

These measures had then earned the former Governor and the government the wrath of some European parties, including one which was angered especially by the presence on this list of make-up products (nomenclatures from 330300 to 330499).

Internal critics, concerning certain imports considered currently useless and in any case not essential, did not stop however.

In the Ministry of Commerce, there is even consideration of reinstating the system of prior authorizations for all imports, even for a single year.

For some time now, however, steps have been taken that could help to spend less on imports and tighten the foreign exchange reserve.

For his part, the Prime Minister had put on the negotiating table with the Chinese authorities the possibility of a Swap agreement to cover Tunisian imports from China.

This shows all the efforts made or under way to try to reduce the trade deficit, without affecting the basic products, semi-products and imports by which the Tunisian industry operates.

Last August, out of the 38,427 billion TD disbursed in foreign currency by Tunisia for various imports, a little more than 24,205 billion TD go for only 9 products, all vital.

It confirms, for those who still have doubts, non-politicians, that it is difficult, if not impossible for the Tunisian Minister of Commerce Omar Behi to further reduce imports, at least official and not those that go through parallel circuits, which are another fight that is much more difficult and not yet engaged with force and determination by the government of Youssef Chahed.

With the exception of a few products in this list, nothing or very little in our view could be considered useless.

The Minister of Commerce could certainly expurgate a few things, such as 90.4 MD of toys, games and sports goods, the 52.4 MD of telecommunications devices such as mobile phones, etc. But would that change anything in the trade balance?

The ideal, in our opinion, would be to seriously consider the question of parallel trade and the “suitcase commerce” as the one by air from Turkey.

And again, look at what happened recently, when Libya unilaterally closed its borders on the Tunisian side.

Tunisia: exports increased by only 4% in volume at end of...

Tunisian-Polish Economic Forum on May 29 and 30 in Poznan