Hafedh Zouari, the man who does not mince words 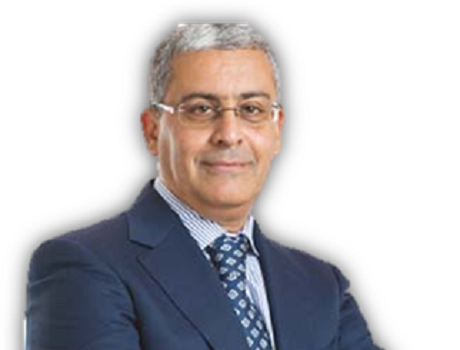 It is a group that achieves, year after year, a turnover of 200 MD in various sectors, such as automobile, concession and assembly, bodywork, agricultural tractors, construction machinery, transport of fuel, higher education and others.

The president of this family shareholders group is also a deputy, so far from Afek Tounes. He talks about its problems, but has not decided to quit it yet. He speaks more readily of his favorite field and does not mince words when it comes to the opening of the automobile market.

In the meantime, he is making his first steps in automobile assembly and is preparing a nice surprise by the end of the year.

Your group is now moving towards assembly. Is this the beginning of a car manufacturing industry?

It’s actually an opportunity that has arisen since 2013 with the Indian group Mahindra. The importation of pick-ups of less than 3.5 tons is forbidden except for assembly in Tunisia, which is what led us to the installation of assembly units, which we also consider as the first step towards the installation of an automobile industry in Tunisia, increasing each time a little more the rate of integration.

For pick-ups, the integration rate can go up to 30%. In France, this rate is currently 24% and we can raise it to 30% if we use equipment already available on the market.

Currently, we reach 1,000 pick-ups per year and we will soon be assembling light vehicles.

Our unit can get up to 3,000 vehicles a year, but of different types.

This quantity does not yet justify the supply to international manufacturers that would allow us to increase the integration rate.

It must be said, however, that this adventure we are embarking upon is necessary for the learning of industrialization, not for the local market, but essentially for export.

All this is possible only in partnership with a brand, like Mahindra for example, which gives you access to its Network.

During your discussions, as with Mahindra, do they go so far as to plan to open a manufacturing plant in Tunisia?

This is what we discuss with them and try to convince them over the last 5 years. There is an acceptance of principle. That said, an investment of 200 to 300 MD is not as easy as the 35

MD we do alone for 3,000 vehicles of different types per year and we can double with the double shift.

For the moment, when we meet the senior officials of Hyundai, Mahindra or Geely, they still oppose the political instability in Tunisia and in the region, because they know everything that is happening and have a clear and up-to-date vision about both the economic and security situation.

It remains to be said that what we are doing is a great experience and a great adventure in terms of components and going forward.

The Zouari group started with the Indian Mahindra. How is it going?

We started with a thousand vehicles. 2014 was our best year with 1,500 vehicles. We had a slight decrease in 2015 because of the market downturn. But we tried to overcome it by diversifying.

We then did a little assembly of the SsangYong and Hyundai for pick-ups of less than 3.5 tons on the same chain, which is also lined with a camber chain for Pick-Up. We are currently working on SKD (Semi Knocked Down, a technique that consists of exporting partially assembled products either to its license-partners or to its industrial subsidiaries) of a new light-duty vehicle, or passenger car, which will be available for the first time in Tunisia, by the end of 2018.

What brought you to the assembly, when you were pretty good in the car dealership sector?

It’s a sense of adventure and a willingness to take on challenges, especially if this challenge has a national economic impact.

What is your view on the Tunisian car market, whose sales are decreasing by 20 to 30% according to the brands in Tunisia, not counting the entry of many non-European brands and the explosion of almost the number of dealers?

Opening is a good thing from an economic point of view. The role of the state is to regulate the market, not to give permission to one businessman and to deny the other.

With the system of import quotas, otherwise prohibited and which does not exist in any regulation or law, the role of the State would become almost a purveyor of wealth.

The opening of the market is a good thing and it is not those who are alarmed by the trade deficit that can prove otherwise.

Tunisia are being re-exported to other countries, including Africa. It is imports that generate exports, particularly to Africa, as I said.

The real problem of the sector is the European car brands that want to keep the monopoly of the Tunisian car market.

However, today Korean vehicles have found their place on this market, as Chinese or Indian, in the sector of passenger cars as in that of utility cars.

This question of quotas, which is illegal, plays into the hands of the major importers of European vehicles, which still have the biggest quotas and still dominate the market.

We are in a situation where we are investing millions of TDs in a sector where dealer authorization is renewable each year and where the quotas are distributed by the spoon by an administration that gives you no paper and can automatically punish you if you import more than it has verbally allowed you.

Ultimately, the opening of the market will remain a very good thing and it is the market that will make the tradeoffs itself.

From time to time, we hear that Hafedh Zouari is heard by the courts. Why?

Because he does not pay bribes and is not corrupt. So we create cases for him; a case like Tuk-Tuk where everything was done by order of former Prime Minister Hamadi Jebali.

Everyone will eventually wash their hands and Hafedh Zouari finds himself in contravention of customs rules.

There follows a case in court and a request for the lifting of parliamentary immunity and all the hoopla. We ended up paying customs duties and it will eventually cost the company 4 MD that are still in stock.

We are setting up a foundation of the Zouari group, which will, among other societal and social activities, donate these machines to the needy.

A few other “good people” are still harming us, under our companies and not individually, for land issues that have existed for more than 20 years and my status as a member of parliament does not help matters in court.

Moreover, with each statement or post on social media, we see the attacks first and we see the coming judicial harassment trying to dig up small cases already settled and closed and for years.

Indeed, my desire is to stop doing politics.

You do not intend to apply for the 2019 legislative elections?

The question is not settled yet. I am certainly not happy with what has been done so far, because I thought we would do better. After four years, my feeling is that we cannot do anything and I have given up a bit of politics.

What is your view of the Afek Party where you have been since the 2014 elections?

When I walked in, there was a good team of activists and a good atmosphere and a lot of activities. After the last congress, things have changed, because democracy does not only generate good people.

There was a little argument inside the party. It went down for a while, then reappeared after the party left the government, something I personally did not agree with, and again reappeared during the vote for the government of Youssef Chahed and for which I voted, like all those of Afek Tounes who were present, because we all felt that we could not vote against the Minister of the Interior, a position that had to be filled.

My position is that those who want to leave Youssef Chahed had only to do it by a vote of no-confidence in due form and if they lacked one voice, I will be the 109th.

What do you think of this government? Are you, as member of Parliament, happy?

Everyone is talking about the lack of medicine, water, electricity and so on. The numbers, however, say there is a recovery in growth. By taking off my MP’s hat and put on the investor’s and the industrialist’s, I see that there is work.

Those who say otherwise are liars; otherwise we would all be starving. For the Dinar, we cannot afford to raise it. For debt, it is like the banker, it gives you a credit for building and not for something else and dictates its conditions for that.

I think we cannot blame the current government and its leader for more than they can and more than we should.

Personally, I think that for things to go well, we need three things: a fiscal amnesty, a foreign exchange amnesty and the convertibility of the dinar.

And for all that, we need a decisive man…

Tunisia: US will increase aid to Tunisia (Jacob Walles)