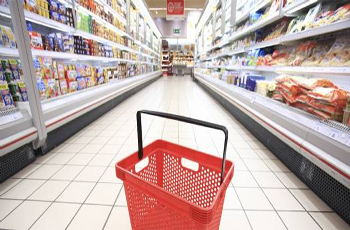 For nearly three years, prices have kept embracing an upward spiral trend affecting many general consumer goods and, especially, angering many consumers who believe that bad policies, lack of security and of continuous control of traders are behind soaring prices.

In a statement given to Africanmanager, economic expert Radhi Meddeb told us “over some period of time, prices were well controlled and the inflation rate did not exceed 3%; however, it posted a remarkable rise to 6%. This huge increase has undoubtedly affected the buying power of citizens from different social classes, which are increasingly suffering from the high cost of living.

He added that “many factors were behind the increase in consumer prices, citing, in this regard, the decline in production in several sectors, the imbalance between supply and demand, the presence of a large number of Libyans in the Tunisian territory, the increasing phenomenon of smuggling and weak economic control (previously the control was stricter and more relevant),” he has said.

Faced with this situation, the expert recommends taking a battery of measures that could alleviate the situation, including the need to produce locally and to prevent the import of several products to further accelerate control campaigns, prepare a rigorous strategy to fight against smuggling and find more appropriate mechanisms to create a balance between supply and demand…

Responding to a question on the statement of the Organization of Consumer Protection about price increases that have taken a dangerous turn and about the open liberal leaning of most of the parties that won the parliamentary elections which is likely to weaken the purchasing purchase of Tunisians, the expert told us that “we are now in a market economy. The government should further revise its mechanisms and strategies in order to protect the purchasing power of citizens,” he said.

It remains that the Executive Board of the Central Bank of Tunisia (BCT), which met October 29, 2014, noted the positive evolution reflected through the drop in its pace for the second month in a row with a 5.6% rate in annual shift over September 2014 compared to 5.8% over the previous month, following mainly a deceleration in foodstuff prices, with the effect nonetheless lessened by the faster pace in services price increase.

As for core inflation (excluding fresh and controlled products), its progress pace was stable: 5.8% for the second month in a row, stressed the BCT.